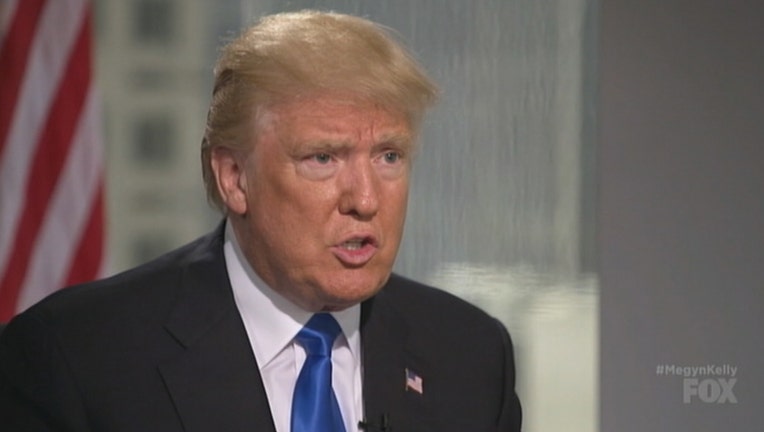 WASHINGTON (AP) -- Donald Trump told a Rolling Thunder motorcycle rally on Sunday that people in the U.S. illegally often are cared for better than the nation's military veterans.

"We're not going to allow that to happen any longer," Trump told supporters gathered at the Lincoln Memorial Reflecting Pool.

Dedicated to remembering prisoners of war and those missing in action, the crowd cheered -- a sign, perhaps, that some veterans groups are stepping past their anger over Trump's comments last year in which he said he likes "people who weren't captured" in wars. That had been a dig at Arizona Sen. John McCain, who had been captured and held for more than five years during the Vietnam War. Trump claimed that McCain was a "war hero because he was captured." Trump has refused to apologize to McCain.

Many veterans groups were furious, but since then Trump has worked to try to repair the damage. He frequently honors veterans at his rallies and he has come out with a plan to overhaul the Department of Veterans Affairs. He also held a fundraiser for veterans' causes in place of an Iowa debate that he skipped. Still, Trump, who avoided the draft through a series of deferments, drew scrutiny for not immediately distributing the $6 million he'd claimed to raise, including $1 million he'd pledged himself.

He is expected to hold a news conference Tuesday to announce the name of the charities selected to receive the money.

On Sunday, Trump also vowed to "knock the hell out of" the Islamic State group by building a bigger and better military and by cutting wait times for veterans needing medical care.

"If there's a wait, we're going to give the right for those people to go to a private doctor or even a public doctor and get themselves taken care of and we're going to pay the bill," he said.

Trump has a loyal following with bikers, who frequently attend his rallies, where they sometimes clash with Trump protesters. Among those eager to hear Trump speak was Louis Naymik, 52, of Clarksburg, Maryland, who said he served in the Ohio Army National Guard for four years.

"There's history in the air here," he said. "We're living in historic times in our country today with the election and the choosing of a new president. And I just wanted to give honor to those who have fallen and sacrificed their lives for our country."

Naymik, who works in radiology, was wearing a Trump shirt and said he had been a supporter since the day Trump announced his candidacy

"What I like about Trump is that he is one of us. He's not a politician," he said, adding that Trump would bring the country back to its old values, put American citizens first and honor its veterans.