CINCINNATI (KTVU/AP) - President Donald Trump took time during a 90-minute rally in Cincinnati on Thursday to slam California  for the number of homeless people living on the streets.

"What they are doing to our beautiful California is a disgrace to our country," he said to a cheering crowd. "It's a shame. The world is looking at it. Look at Los Angeles with the tents and the horrible, horrible conditions. Look at San Francisco, look at some of your other cities." 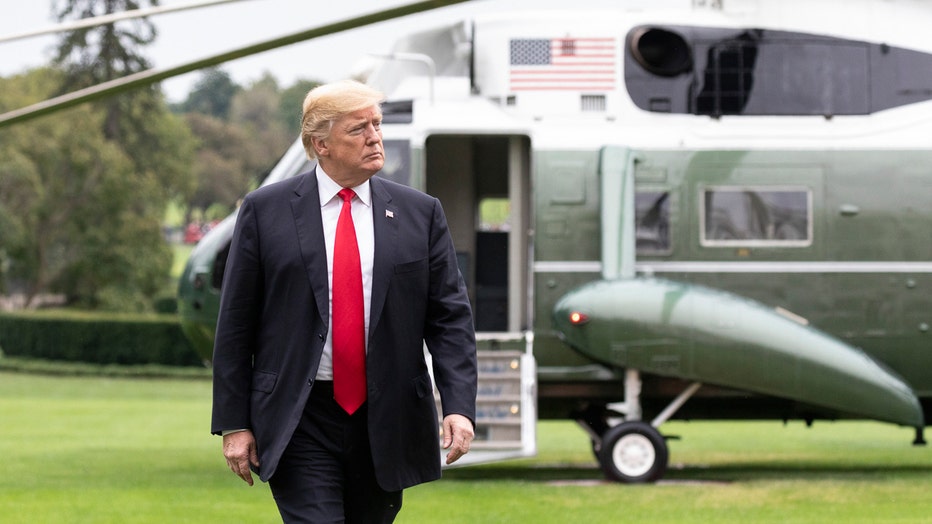 Speaking Friday at an event in San Francisco, Governor Gavin Newsom, the former mayor of that city, said he wasn't surprised by Trump's comments. In fact, he thought they were pretty benign for Trump and he called on the president to fund solutions to end the problem.

“He’s the president of the United States of America," Newsom said. "The United States includes all states, and within those cities there some accountability and responsibility of leadership. If they want to help, I’m looking forward to their counsel, their advice, their economic resource support, and I’m waiting for those calls.”

There is no doubt that homelessness is a huge crisis in California, and mayors of both Los Angeles and San Francisco have devoted time and money to addressing the epidemic of unsheltered people living on the street.

However, there has been some heartening news.

Over the past 14 years, San Francisco has doubled the money it spends on homelessness — to more than $300 million — launched innovations including the nationally copied Navigation Center counseling-intensive shelter system, and created the city’s first unified Department of Homelessness and Supportive Housing, reported the Chronicle as part of a special homeless project.

The rally was the first for Trump since the "Send her back" chant at a North Carolina rally was denounced by Democrats and unnerved Republicans fearful of a presidential campaign fought on racial lines.

Trump didn't just take on California. At the rally, he also mocked some of the leading Democratic contenders, reviving his nickname of "Sleepy" for Joe Biden, teasing Elizabeth Warren for claiming some Native American heritage and lashing the Democrats for their health care and immigration proposals.

"The Democrats have never been so far outside the mainstream," Trump claimed.

The Associated Press contributed to this report. This story was reported from Oakland, Calif.