One of the top high schools in Northern Virginia deprived students of the national merit recognition they earned, according to a parent whose son was affected. FOX 5's Sierra Fox reports from outside Thomas Jefferson High School for Science and Technology with the details.

ALEXANDRIA, Va. - Thomas Jefferson High School, one of the top high schools in Northern Virginia, deprived students of the national merit recognition they earned, according to a parent whose son was affected.

Can you imagine earning a prestigious award and never being notified about it?

That's what allegedly happened to nearly 1,200 students at Thomas Jefferson who didn't even know they were National Merit Scholars. Parent and journalist, Asra Nomani, wrote a recent article detailing what she is calling a "War on Merit."

"The role of these educators is to have children achieve their full potential, not limit their full potential. That’s what they’ve done," said Harry Jackson, a Thomas Jefferson parent. "They’ve betrayed the trust of our community. They cannot be trusted. I cannot trust them with my child." 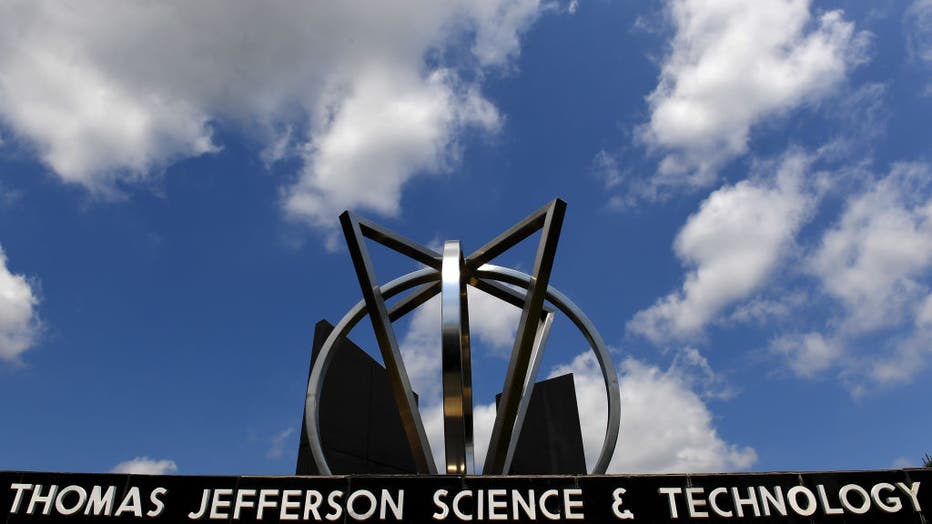 The school's alleged misconduct was discovered by a parent whose son was not told he was among the nation's top 3% of students. The parent said they were told that teachers dropped certificates unceremoniously on students' desks about a month past special deadlines for National Merit Scholars.

Students from Thomas Jefferson High School for Science and Technology created a satellite from scratch. FOX 5's Shirin Rajaee spoke to some of the students who spent 7 years designing, building and coding the TJ REVERB satellite.

It's supposed been going on for the past five years.

The mother said that when she confronted the director of student services about it by phone, he allegedly told her that student leaders underplayed the recognition because they didn't want to hurt the feelings of other students who weren't being honored.

Some T.J. families, however, feel it's a criminal act to deny students who earned this achievement the right to boost their college admission prospects and earn scholarships. They want the school's principal to be held responsible.

"It just makes me feel bad. It boils my blood, I hate to say that," said Srilekha Palle, a parent whose child attends Thomas Jefferson.

Fairfax County Public Schools sent FOX 5 a statement, saying they are looking into the matter and will make sure to notify students correctly moving forward.

"FCPS understands the hard work and dedication of each and every student who competes for college acceptance and scholarship opportunities," the statement reads. "Once the issue regarding the fall 2022 notifications was realized, counselors sent emails and made follow-up calls to each college where these students had applied and informed them of the National Merit Scholarship Commendations. We are continuing to look into this matter and will take any necessary steps to ensure consistency in appropriate and timely notification of National Merit recognitions going forward."