Stephanie Ramirez has the latest on a troubling deadly shooting outside a home over Labor Day weekend.

Three other victims are hospitalized following the shooting.

ORIGINAL: Three people are dead and three others are hospitalized after a shooting outside a home Saturday night in Northwest D.C.

Police say the shooters pulled up to the home around 7:30 p.m. in the 600 block of Longfellow Street in the District's Brightwood Park neighborhood before opening fire.

The shooters then drove away in a dark-colored four-door Honda Accord with tinted windows.

Three people were killed, and three others were hospitalized with non-life threatening injuries. 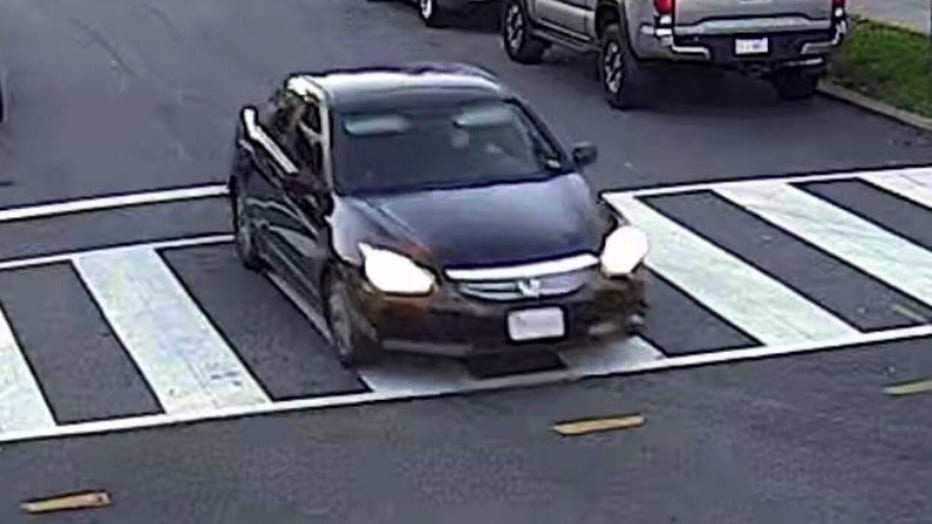 Police say this Honda Accord with tinted windows is connected to the shooting. (Metropolitan Police Dept.)

Police say they recovered one gun at the scene, and are offering up to $75,000 for information in the shooting. They're asking neighbors to check their security camera footage and look for the suspects' car.

"It’s very frustrating," D.C. Police Chief Robert Contee said at the scene. "We’ve been talking about gun violence for a long time. We know this issue is not unique to Washington, D.C., but it speaks to the overall sickness that we’re seeing in our community."

Police closed off the entire block and were still investigating the scene Sunday morning. Authorities have yet to identify the victims or a motive in the shooting.

FOX 5's Sierra Fox was on the scene Saturday night: