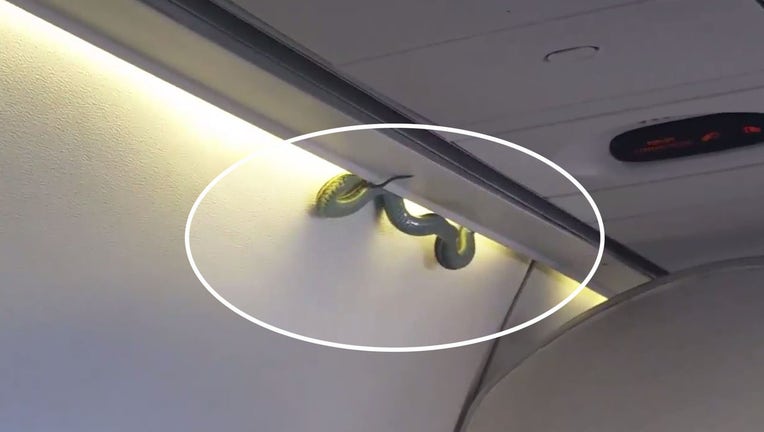 MEXICO CITY, Mexico - There were some terrifying moments for passengers on board an Aeromexico flight to Mexico City as a venomous snake dropped down from the overhead bin in mid-flight.

A passenger caught the green viper on video slithering out from behind the overhead compartments, then dropping down.

According to the passenger, Indalecio Medina, the flight was given priority landing so airport animal control could try to catch the unexpected visitor.

"The procedures carried out for this flight are currently being evaluated to determine how the animal entered the cabin and measures have been taken to avoid such incidents in the future," the airline said in a statement.

No one was hurt. There's no word on the fate of the snake.