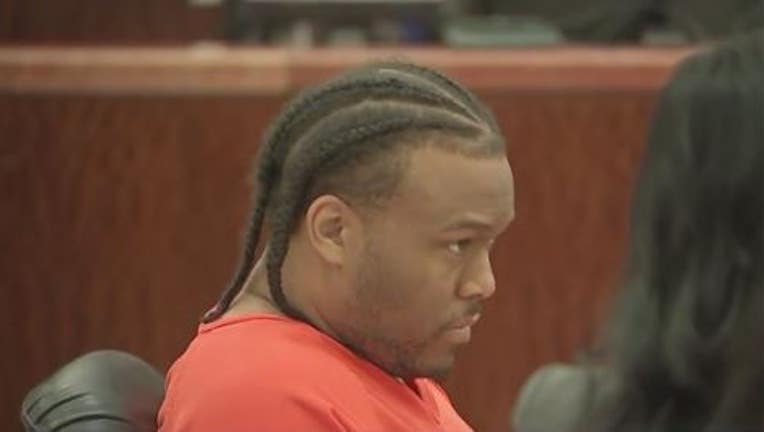 HOUSTON - The suspect accused of murdering Migos rapper Takeoff has been released from jail on bond after previous pleas to have his $1 million bond reduced.

According to court records, Patrick Clark's bond was posted on Wednesday.

In a statement, his attorney Letitia D. Quinones said it wasn't Clark or his family who posted the bond, but instead a "concerned
citizen and family friend who believes in Patrick’s innocence."

As FOX 26 has reported, Kirsnick Khari Ball, also known as Takeoff, was shot to death outside a downtown Houston bowling alley in the early morning hours on Nov. 1, 2022.

Clark is charged with murder in connection to the shooting.

Before posting bond, his attorneys attempted to get his bond reduced twice.

Clark is expected back in court on March 9 for an arraignment hearing, according to court records.

Quinones says Clark intends to comply with the terms the court has laid out. Read her full statement below:

"Neither Patrick nor his family posted the bond in this case. A concerned citizen and family friend who believes in Patrick’s innocence posted the bond on his behalf. Like any other defendant, Patrick is presumed to be innocent and has the right to bond. He also has an obligation to comply with all the terms the court has laid out. He intends to comply fully and will appear for proceedings whenever the court requires him to do so. We believe Patrick is innocent and at the appropriate time, the evidence will reveal that to be the case."