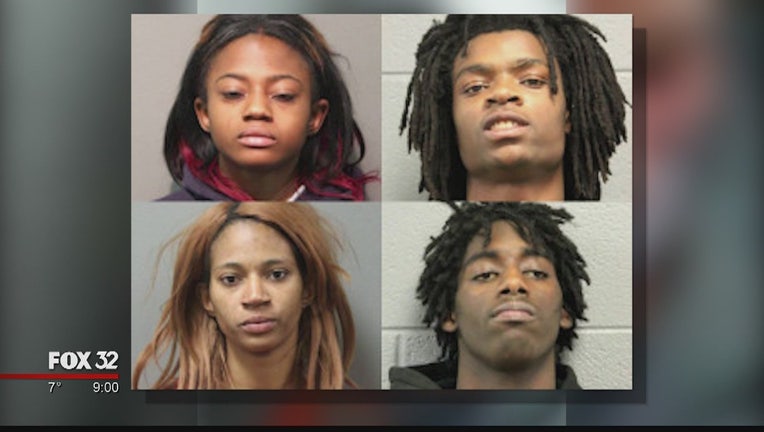 SUN-TIMES MEDIA WIRE - The four people charged in the Facebook Live attack that drew outrage across the city pleaded not guilty at their arraignment before Cook County Judge William Hooks.

All the defendants assistant public defenders entered the pleas on behalf of their clients. Their next court date will be March 1.

Tanishia Covington, 24; Brittany Covington, 18; Jordan Hill, 18; and Tesfaye Cooper, 18, are accused of holding the schizophrenic man captive in a West Side apartment last month, forcing him to drink toilet water and cutting his scalp with a knife while making him proclaim, "I love black people."

While the man was being tortured during the several-hour ordeal, one of his tormentors allegedly said on video: "I don't give a f-- if he is schizophrenic."

Someone in the apartment also said, "F-- Trump" and "F-- white people"; and Hill, a classmate of the victim, called up the man's mother and asked for $300 ransom for his safe return, prosecutors said.

The attack drew outrage across the city and the country, even prompting a response from then-President Barack Obama.

"It is sad and unfortunate that many have commented on these young men and women without knowing all the facts," Campanelli said then.

"Sensationalized, pervasive media coverage threatens to poison the jury pool for my clients. They've already been denounced in the media before anything has been proven, and now additional attention is being given, trying them in public before they have their day in court," she said.