More than 4.8 million people in the United States visit the emergency room each year to be evaluated for a potential brain injury, experts say.

LAKE BLUFF, Ill. - Brain injuries often show no symptoms or immediate effects on a person, but medical experts say they can cause wear and tear on the brain over time.

A new study, published Friday in Lancet Neurology, found that a blood test currently under development could detect mild traumatic brain injuries — even when a CT scan did not — in as little as 15 minutes.

More than 4.8 million people in the United States visit the emergency room each year to be evaluated for a potential brain injury, experts say. To currently detect one, doctors will do a physical examination, a series of screening questions looking for cognitive and neurological symptoms and often call for a CT scan to confirm the diagnosis.

CT scans are used to look for bleeding or swelling in the brain. 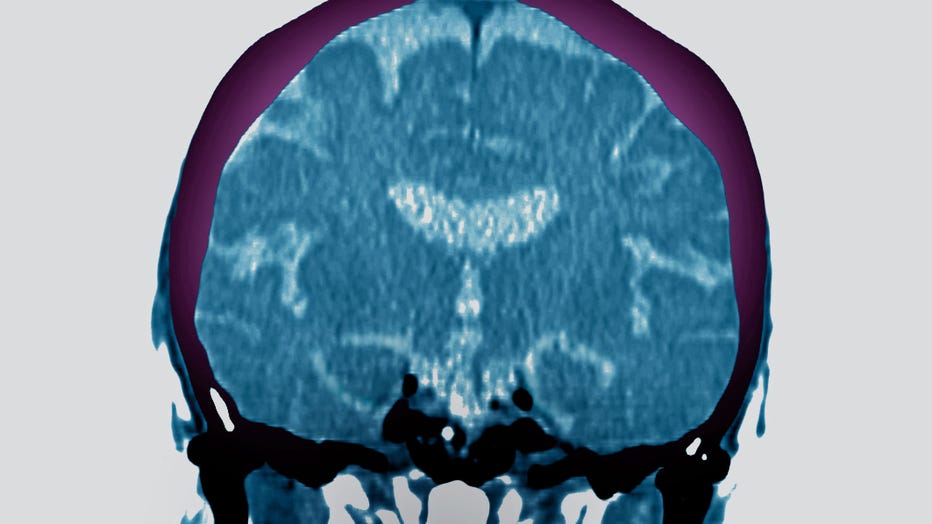 A radial CT-scan of a brain is shown in a file image. (Photo by: BSIP/Universal Images Group via Getty Images)

Nearly 30 percent of patients in this study who received a negative CT scan showed signs of a traumatic brain injury when doctors later performed an MRI scan, which is more sensitive. The problem is that MRIs are not available in all hospitals. The technology is slower to give results and can be more expensive, researchers noted in the study.

The study, called Transforming Research and Clinical Knowledge in Traumatic Brain Injury or TRACK-TBI, looked at 450 patients admitted to the emergency rooms of 18 Level 1 trauma centers with a suspected traumatic brain injury, who also received a negative CT scan.

The study looked to determine if a brain-specific protein, called glial fibrillary acidic protein or GFAP, could be an indicator that helps doctors detect a brain injury. The study used a handheld blood analyzer that produces test results in minutes, as well as a blood test under development to measure the patient’s GFAP level.

Researchers looked at the brain-specific protein levels in patients who received a negative CT scan, and then followed up with MRI scans two weeks later to confirm a traumatic brain injury.

The research suggests that the brain-specific protein could be used to determine which group of people should be screened further for an MRI to detect a traumatic brain injury.

"Having these sensitive tools could provide physicians more real-time, objective information and improve the accuracy of detecting TBI," Dr. Geoffrey Manley, a principal investigator in the study and professor at the University of California, San Francisco, said in a statement.

The blood analyzer device used in the study, called i-STAT Alinity by the company Abbott, is available in other countries but not yet commercially sold in the United States.

“In the future, our TBI test and next generation device could also be added to the standard of care, working together with CT scans and other diagnostic tools to provide doctors with a more complete understanding of a patient's condition,” said Dr. Beth McQuiston, a neurologist and Abbott medical director.

The TRACK-TBI study is one of the largest efforts of its kind and funded by the National Institute of Neurological Disorders and Stroke, the U.S. Department of Defense through U.S. Army Medical Research and Development Command and U.S. Army Medical Materiel Development Activity, as well as funding from philanthropic and private partners — including Abbott.