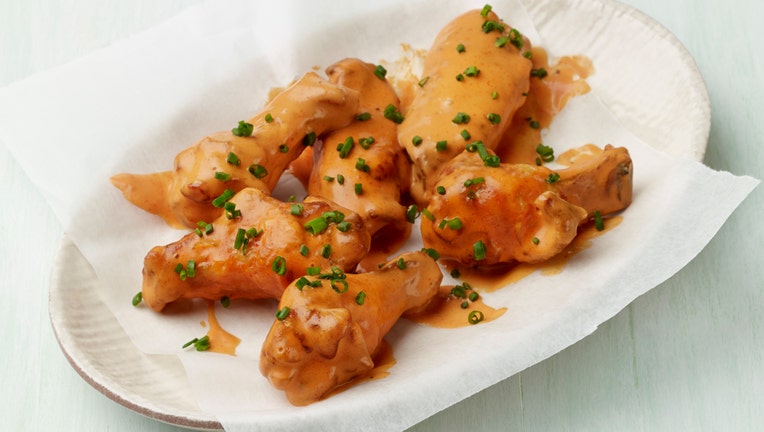 Every year, millions of NFL fans tune in to watch the big game — and it wouldn’t be a true football experience without a plethora of munchies to go with it.

So what exactly are Americans chowing down on during the 3+ hour sporting event? 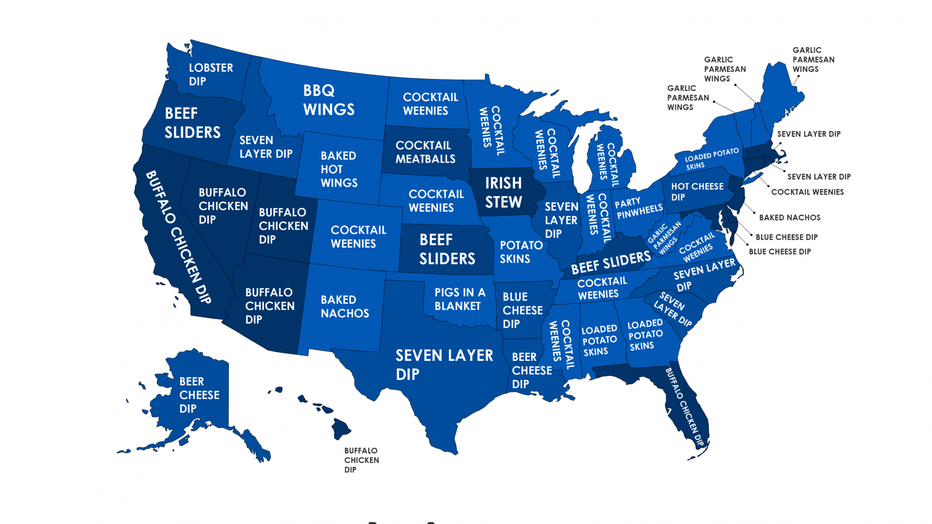 According to the results, which compiled the most popular Google searches for each state across the country, as well as the top 20 largest cities, the Super Bowl is a day of eating meat, dip and more meat. (Bid-on-Equipment)

In addition to the National Chicken Council's findings from earlier this month – i.e., that Americans really love to eat chicken wings while watching the Super Bowl — online marketplace Bid-on-Equipment has gathered up some Google stats on how the nation is eating this coming Sunday.

According to the results, which compiled the most popular Google searches for each state across the country as well as the top 20 largest cities, Super Bowl Sunday is a day reserved for eating meat, dip and more meat.

"Dip" was one of the most searched snack foods across the country, but it wasn't crowned as the most popular, as Americans were divided about what kind of dip they wanted: For example, "seven-layer dip" was the top snack-related search for seven states, but "buffalo chicken dip," was the top snack-related search in six others (mostly in the Southwest, the research shows).

But what was the most popular dish across all 50 states? You may want to sit down for this…

In a shocking upset, chicken wings – of which Americans are projected to eat 1.4 billion this Sunday – did not take home the No. 1 spot. Instead, the title of favorite snack was awarded to the simple cocktail wiener.

Yes, the cocktail wiener was the most searched food in eleven states across the country, including Colorado, Connecticut, Indiana, Michigan, Minnesota, Mississippi, Nebraska, North Dakota, Tennessee, Virginia and Wisconsin, according to the findings in Bid-on-Equipment's report.

According to the stats, however, Americans aren’t just eating — they’re drinking, too: Nineteen percent have reportedly admitted to calling out sick Monday in order to recover from Sunday’s festivities, which seems to be another reason in favor of this teen’s petition to move the big game to Saturday. (Or maybe to just practice some self-control.)