No suspects or arrests after 5, 17-year-olds are killed

Fort Worth police are investigating a shooting Sunday afternoon that left a 5-year-old boy and a 17-year-old boy dead. A toddler was also injured.

FORT WORTH, Texas - Fort Worth police are investigating a shooting Sunday afternoon that left a 5-year-old boy and a 17-year-old boy dead. A toddler was also injured.

The shooting happened just before 2:15 p.m., outside a home on Steel Dust Drive, near Saginaw Boulevard and Boswell Road.

Police said an unknown number of suspects were traveling in a vehicle and shot at people outside the home. It fits the description of a drive-by-shooting.

Fort Worth Police Chief Neil Noakes said a group of people were in the front yard during the shooting. Several of them were hit.

The Tarrant County Medical Examiner identified the victims as 5-year-old Rayshard Scott and 17-year-old Jamarrien Monroe. An 18-month-old boy was also hurt but is expected to survive.

Nearly two dozen shell casings are marked as evidence in the street.

Rayshard was a kindergarten student at Bryson Elementary. In a letter sent out to parents, the school’s principal said: "Our hearts are heavy for the family and friends affected… As a precaution, we will have additional police presence around Bryson and the other schools in the area."

FOX 4 spoke with parents in the pick-up line at his school Monday.

Soraya Campos is the parent of a Bryson Elementary kindergarten student and lives two streets away from where the shooting happened.

"It was very heartbreaking. It hit home definitely because it could have been my daughter. It could have been anyone’s babies," she said. "I live in such a good neighborhood; I have never had problems. And the fact that they can’t find them or haven’t found them yet and kids are playing outside is what’s scary."

Bryson Elementary is making grief counselors available on campus. The principal told families in an email  "as a precaution, we will have additional police presence around Bryson and the other schools in the area."

Eagle Mountain-Saginaw ISD said Jamerrien was a former student at Watson High School, an alternative school, but he was not currently a student at the time of the shooting. 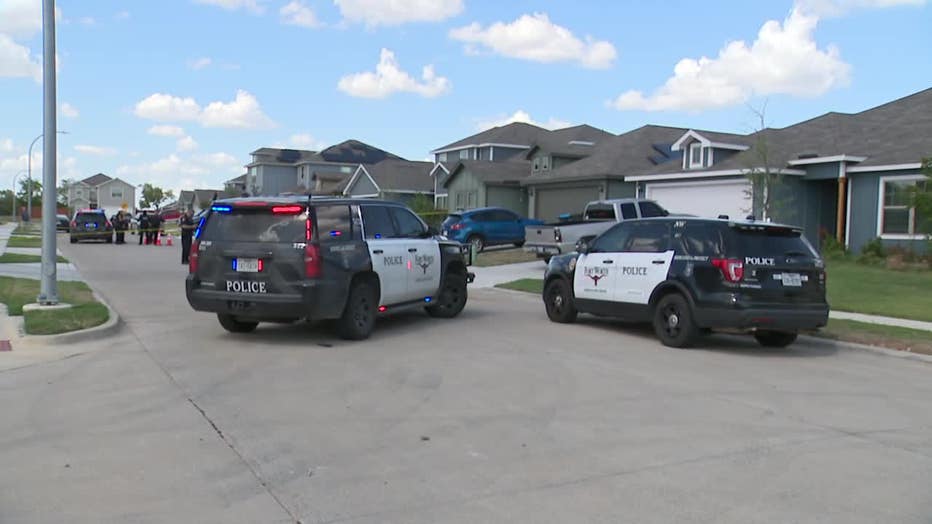 READ MORE: Man dies after falling from Fort Worth bridge after being involved in crash

There are no suspects in custody and investigators are working to determine who is responsible.

Neighbors wonder what led to the shooting.

"We didn’t think we’d have this type of activity in this neighborhood. This is a first," Carla Galbreath said.

Galbreath’s 13-year-old grandson was home when gunfire blasted through the neighborhood.

"I thought someone was banging on my window, that’s how loud it was," Travien Fuller recalled.

They didn’t see who was responsible.

Fort Worth police are investigating a shooting Sunday afternoon that left a 5-year-old boy and a 17-year-old boy dead.

Chief Noakes said violent crime is always horrible, but it hurts even more when kids are victims.

"Fort Worth Police Department is going to put every resource necessary to this investigation to do everything we can to bring those responsible to justice as soon as possible," he said.

An 18-month-old boy was also hurt in the shooting but is expected to survive his injuries.

With a motive still unclear, many neighbors were reluctant to talk on camera and say they’re hoping police make an arrest soon.

There are some Ring doorbell cameras on the street where the shooting happened. So far, police have not released any images of what a possible suspect vehicle is.