A monument to former Russian empress Catherine the Great was removed from a central Odesa square and replaced with the flag of Ukraine early on Dec. 29, 2022. Credit: Suspilne News via Storyful

ODESA, Ukraine - A large monument to former Russian empress Catherine the Great was removed from a central square in the Ukrainian port city of Odesa and replaced with the flag of Ukraine.

Video from public broadcaster Suspilne News showed the statue being removed late Wednesday and into Thursday in the southern city. In a separate video shared by Sergey Bratchuk, spokesperson for the Odesa region’s military administration, the flag of Ukraine was seen flying on the plinth where the statue once stood.

In November, the local council passed a resolution to dismantle the monument, according to Suspilne, the Public Broadcasting Company of Ukraine. The statue will be relocated to a temporary storage space and then to a museum, the news outlet added. 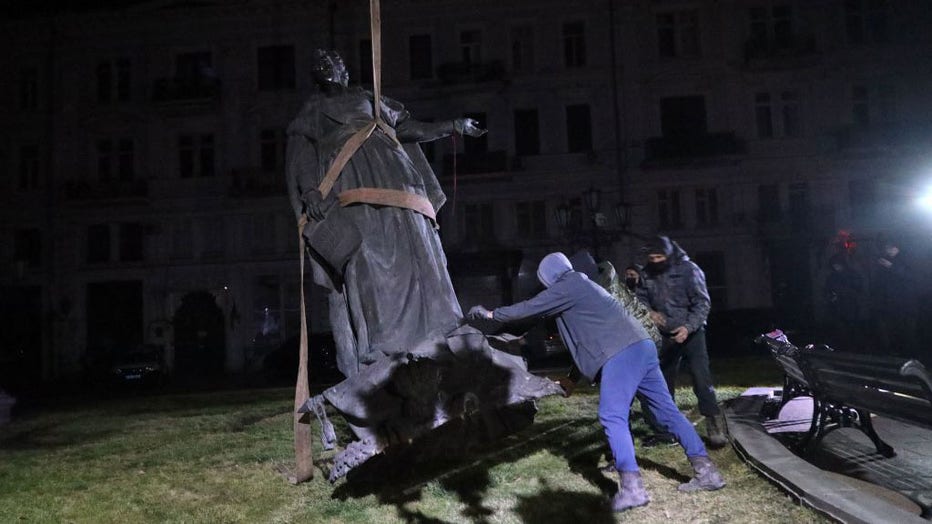 Communal workers dismantle a statue of Russian Empress Catherine the Great in the center of Odessa, southern Ukraine on Dec. 29, 2022, amid the Russian invasion of Ukraine. (Photo by OLEKSANDR GIMANOV/AFP via Getty Images)

Catherine II served as empress of Russia for more than three decades in the late 18th century, expanding the country’s borders, according to Biography.com. Odesa was founded in 1794 by Catherine the Great, according to historians, and it became a strategic city for Imperial Russia and the Soviet Union.

Ukraine gained independence in 1991 amid the collapse of the Soviet Union. Since then, the city has become the country’s largest port, crucial to grain and other exports, and headquarters for the Ukrainian navy. Since Russia’s invasion of Ukraine in February, it has been targeted with constant attacks.

The statue, formerly known as the Monument to the Founders of Odesa, was first erected for Catherine the Great in 1900, according to Reuters. It was dismantled in 1920 under Soviet rule, but later restored by Ukrainian officials in 2007, the outlet reported. 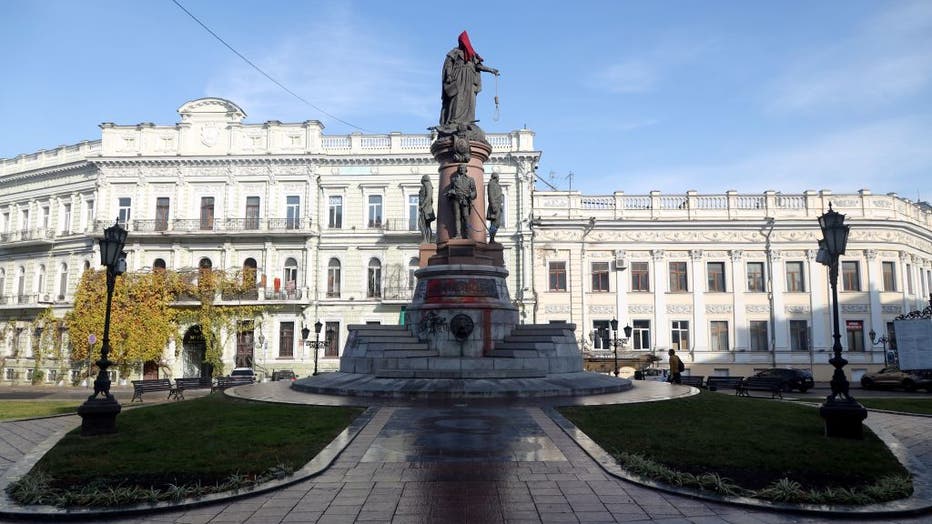 This photograph taken on November 2, 2022, shows a statue monument of Empress Catherine the Great of Russia with an executioner's hood on the statue's head and a rope with a noose in its hand placed by activists, in Odessa, southern Ukraine, amid the

Following Moscow’s invasion on Feb. 24 that has killed or injured untold numbers of civilians and soldiers and pummeled buildings and infrastructure, the statue had been repeatedly splashed with paint and otherwise vandalized — including a noose seen around its neck, Suspilne reported. The monument had been completely fenced off since November. 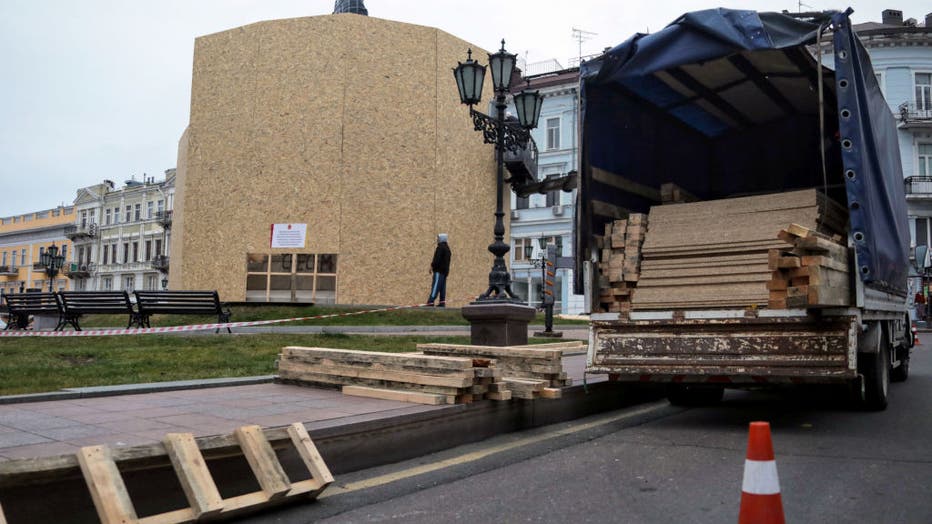 The monument To the Founders of Odesa which has the statue of Catherine II as its key figure has been fenced off and its main sculpture wrapped in black plastic in preparation for the dismantling and relocation of the sculptural composition, Odesa, s

Elsewhere, Ukraine’s officials have accelerated efforts to erase the vestiges of Soviet and Russian influence from its public spaces by pulling down other monuments and renaming hundreds of streets to honor its own artists, poets, soldiers, independence leaders, and others — including heroes of this year’s war.