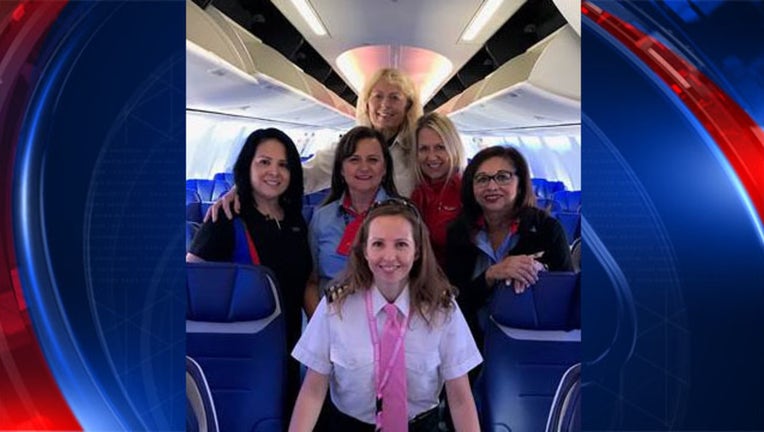 SAN FRANCISCO - While the tech and auto worlds are getting ready for driverless cars, Southwest Airlines celebrated an "unmanned" plane of a different kind of Twitter this week.

The female pilots and flight attendants posed in the plane's cabin, in the cockpit, and even showed off one the plane's massive engines

This isn't the first all-female flight in Southwest's history, the airline said in a later tweet, but it was the first time it happened in the company's new aircraft. The 737s were "only weeks old at the time," the company tweeted.

According to HuffPost, only 6.7 percent of pilots are female. Southwest Airlines said in 2014 that women make up 40 percent of the company.

The company was also the first major airline to have a female president, Colleen Barrett.