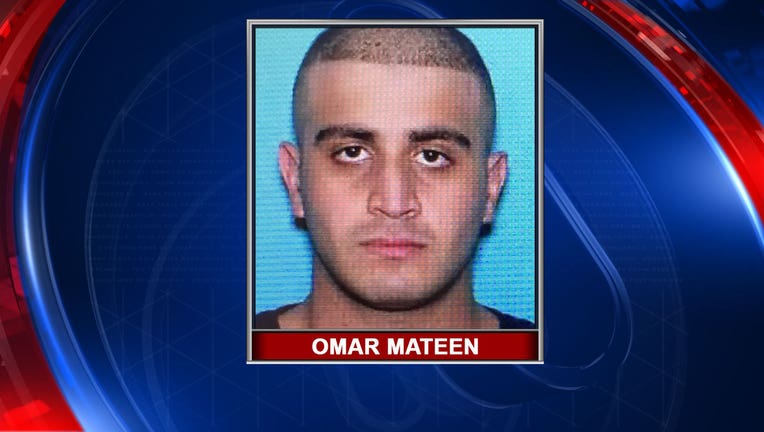 ORLANDO, Fla. (AP) -- The Latest on the Florida nightclub shooting. (all times local):

Jim Van Horn said he was a frequent patron at Orlando's Pulse night club. He said another "regular" at the Florida gay bar was Omar Mateen, the man whose shooting rampage left 49 dead and dozens more wounded early Sunday in the worst mass shooting in modern U.S. history.

Speaking to The Associated Press late Monday, 71-year-old Van Horn says he saw Mateen trying to pick up men at the club.

Van Horn said he met Mateen once. He said the younger man was telling him about his ex-wife.

Van Horn says some friends then called him away and told him they didn't want him talking to Mateen because "they thought he was a strange person."

Despite Mateen's pledge of support to the Islamic State, other possible explanations emerged, including questions of whether he was conflicted about his sexuality.

His ex-wife said he suffered from mental illness. And his Afghan-immigrant father suggested he may have acted out of anti-gay hatred.

Thousands in Orlando are mourning 49 people killed inside a gay nightclub as federal investigators examine possible motives for the gunman who committed the worst mass shooting in modern U.S. history.

The White House and the FBI said 29-year-old Omar Mateen, an American born Muslim, appears to be a "homegrown extremist" who had touted support not just for the Islamic State, but other radical groups that are its enemies.

Meanwhile, thousands gathered Monday night in downtown Orlando for a vigil to support victims and survivors of the Pulse nightclub shooting on the lawn of Orlando's main performing arts venue.