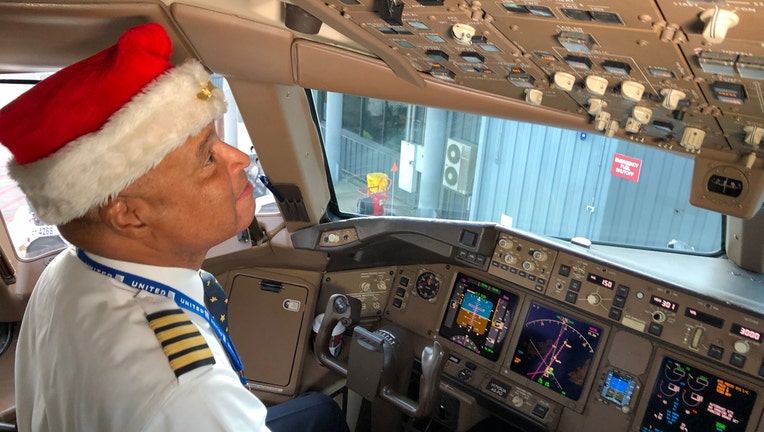 A plane full of kids in need left Dulles International Airport on Saturday for the "North Pole."

DULLES, Va. - Screams and shouts of excitement filled the plane once wheels touched down at Dulles International for this year’s “Fantasy Flight.” Fantasy Flight is a special holiday trip United Airlines and Children’s Hospice International organizes for children being treated in the Washington D.C. area.

“We just want to give them a day where they can spend with their families, enjoy the holidays here and just shower them with lots of gifts,” said Susanne Caraffa of United Airlines. Caraffa told FOX 5 this is their 30th year of operating the Fantasy Flight.

The excitement started as soon as the children entered the airport. The “North Pole” was listed on all Dulles International flight boards as carolers greeted passengers checking in to get their boarding passes.

“We’re happy to see Santa, Right?” said Qianna Chambers to her 12-year-old son, Amir. “Yeah!” he shouted, while also breaking into dance while standing with his walker. This was after he passed through a holiday saxophone player at TSA.

The family is from Lancaster, Pennsylvania and tells FOX 5 Amir is receiving treatment at the National Institues of Health for a rare disease. His bones break easily. But on Saturday, all you saw was how excited he was! He kept dancing with his walker!

“Well it’s really good because he’s been going through a lot of stuff so we’re happy for him to have a good time today,” said Chambers. 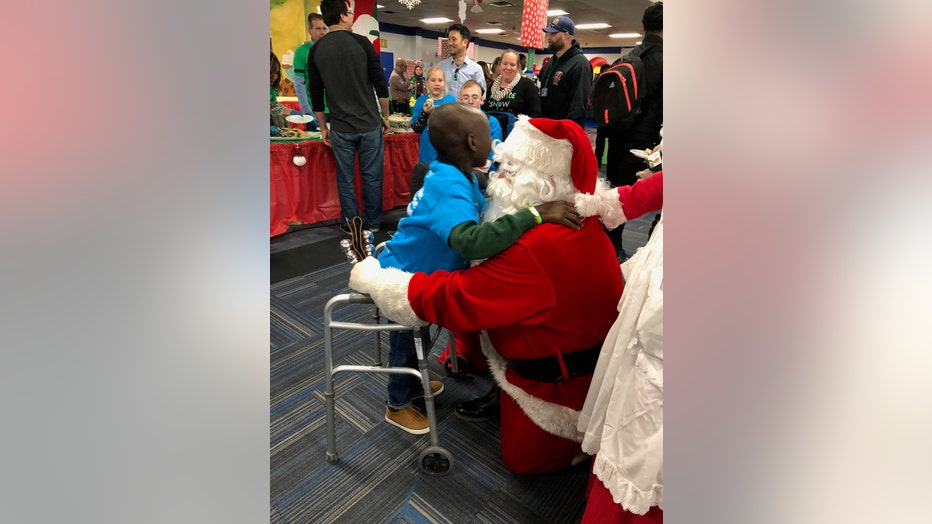 With special care, the families boarded a United 777 aircraft and took off, with the window shades shut.

“It’s just about giving. It’s always been about giving and taking the special time. The children, hopefully, some of them will remember this growing older,” Captain Mason Jr. said.

When the wheels went down, the excitement grew. The 30-40 minute flight landed at Gate 29, but not Saturday. On this day, this gate was completely decorated and transformed into the “North Pole.”

“Santa!”12-year-old Amir shouted. He reached out one hand from his walker to give the big man a big hug.

United volunteers say around 150 people – children and families – got to enjoy the holiday North Pole trip. Fantasy Flights started in Dulles, and the captain says it’s now expanded to more than a dozen airports nation-wide.