The Smithsonian and Columbus Zoo and Aquarium have welcomed the world's first in vitro cheetah cubs.

POWELL, Ohio - Two cheetah cubs have been born through in vitro fertilization and embryo transfer to a surrogate mother for the first time through the efforts of scientists at the Smithsonian and in Ohio.

This is the third time scientists have attempted this procedure.

The male and female cubs were born to 3-year-old Izzy at the Columbus Zoo and Aquarium on Wednesday, the zoo said in a statement. 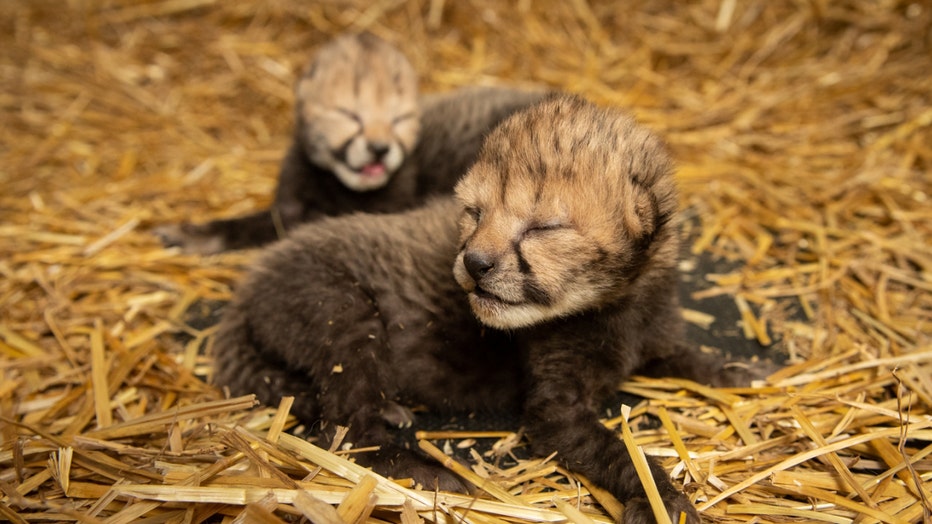 A team observed the births through a remote camera and they are continuing to monitor Izzy and the cubs.

The biological mother of the cubs is 6-year-old Kibibi who has never reproduced and is too old to easily become pregnant naturally. 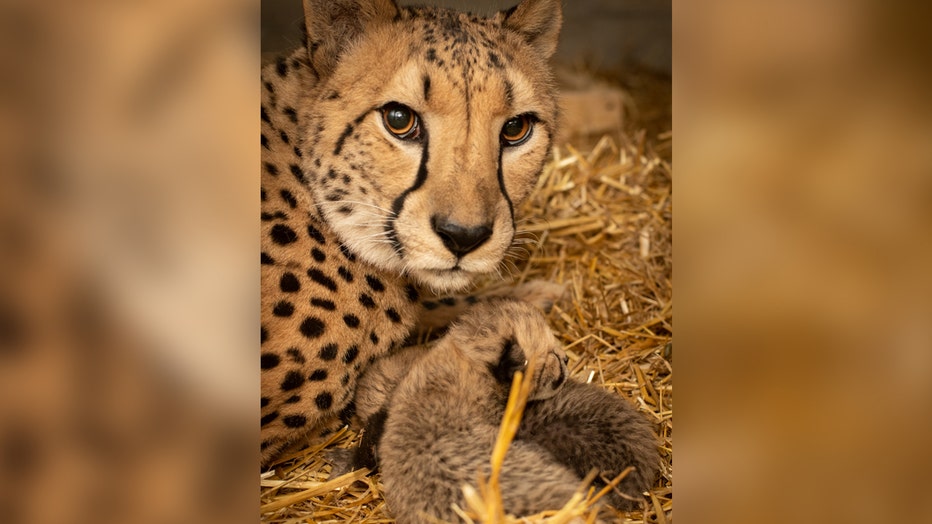 For the embryo transfer procedure, scientists collected semen from a male cheetah living in at wildlife center in Texas in February 2019 and froze it.

Kibibi's eggs were extracted and then fertilized in a Columbus Zoo laboratory on Nov. 19. The early stage embryos were implanted into Izzy on Nov. 21, and an ultrasound reveled she was pregnant with two fetuses about a month later.

Dr. Randy Junge, the zoo's vice president of animal health, said this development could have broader implications for managing the species' population in the future.