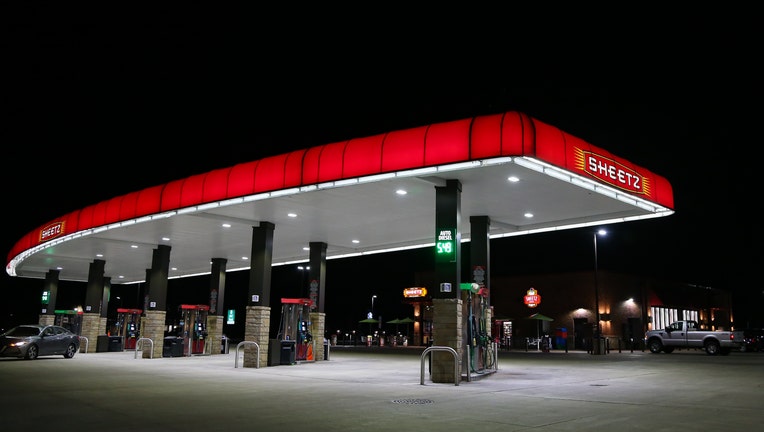 ELYSBURG, PENNSYLVANIA, UNITED STATES - 2022/03/08: Gas pumps are seen at a Sheetz gas station. AAA reported the national average price for a gallon of gas in the United States was a record high of $4.173. (Photo by Paul Weaver/SOPA Images/LightRocke

PHILADELPHIA - On Monday afternoon, Sheetz announced a huge gas price reduction at some of its stations that will lower the pain at the pump, just in time for the Fourth of July holiday travel.

Sheetz says they will drop the price of fuel to $3.99 a gallon for unleaded 88 and $3.49 a gallon for E85. These reduced prices are effective immediately, but they will only be available through July 4, according to Sheetz.

As of Monday, the average price of gas in Pennsylvania is $4.95, so these limited-time prices can save you 96 cents a gallon.

According to a Sheetz spokesperson, "Unleaded 88 is approved by the EPA for use in vehicles for model years 2001 or newer as well as light-duty trucks, SUVs and Flex Fuel Vehicles."

E85 gas contains more ethanol (51% to 83%) and is specifically designed for "flexible fuel vehicles," or FFVs, and it should not be used in standard vehicles, according to Sheetz.

Drivers are encouraged to check their owner's manual to see whether your car can run with E85.

The national gas price average dropped nine cents over the last week and is now at $4.89 a gallon. This nine cent drop comes after AAA said that drivers would be paying the highest prices ever for the Fourth of July holiday weekend.