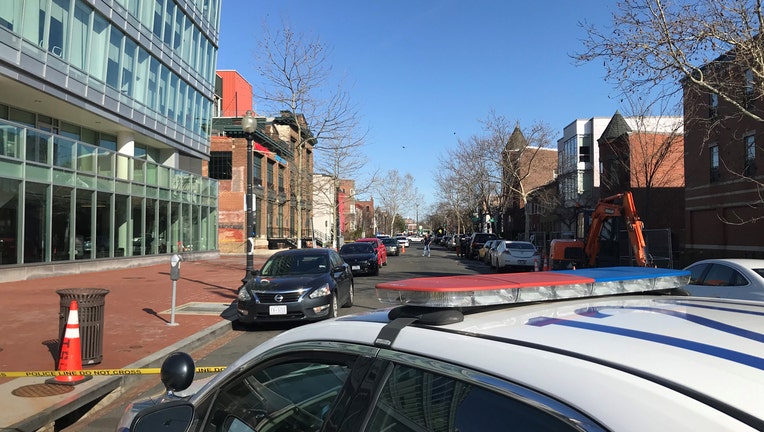 The shooting scene in the 600 block of Rhode Island Ave. NW.

WASHINGTON - One teenager is dead and another is in the hospital after a double shooting Sunday afternoon in Northwest D.C.'s Shaw neighborhood.

Police say it happened around 2:45 p.m. Sunday in the 600 block of Rhode Island Avenue, NW.

One of the victims died later Sunday afternoon, police say:

Both victims appear to be under 15-years-old. Metropolitan Police Chief Newsham says, the shooting appears to have been targeted.

The investigation expanded to the 7th Street entrance of the Shaw metro. There is no suspect lookout for now.

Neighbors can expect road closures in the area as police investigate.