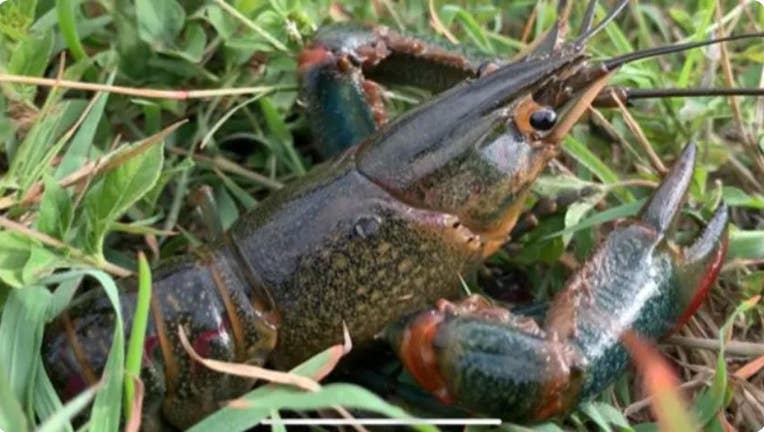 BROWNSVILLE, Texas - Be careful about what you're adding to your next crawfish boil as an invasive crayfish has been found in Texas.

The Texas Parks and Wildlife Department says that the Australian Redclaw Crayfish showed up this year in Brownsville.

Researchers first found them over the winter, and then they reappeared in July along a two-mile stretch between an apartment pond and a wetland area.

This is only the second time scientists have found the crustacean in the wild in the continental U.S.

"We don’t know when these invasive crayfish were first introduced or how far they have spread, but we do know they can have a negative effect on local species and biodiversity," said the department’s aquatic biologist, Archis Grubh, in a press release. "Spreading the word about this invasive species and reporting sightings to TPWD can help us better understand where it is distributed and potentially take steps to help prevent its spread."

States from New York to North Carolina are issuing quarantines for the spotted lanternfly, an invasive, plant-killing pest.

INVASIVE PEST READY TO SWARM AND EAT ITS WAY ACROSS AMERICA

Edging out the competition

Officials fear the newcomer would threaten the survival of native crayfish. The redclaw, competes with native crayfish for food and other resources and preys on native fish as well as alters the native habitat, according to NOAA. 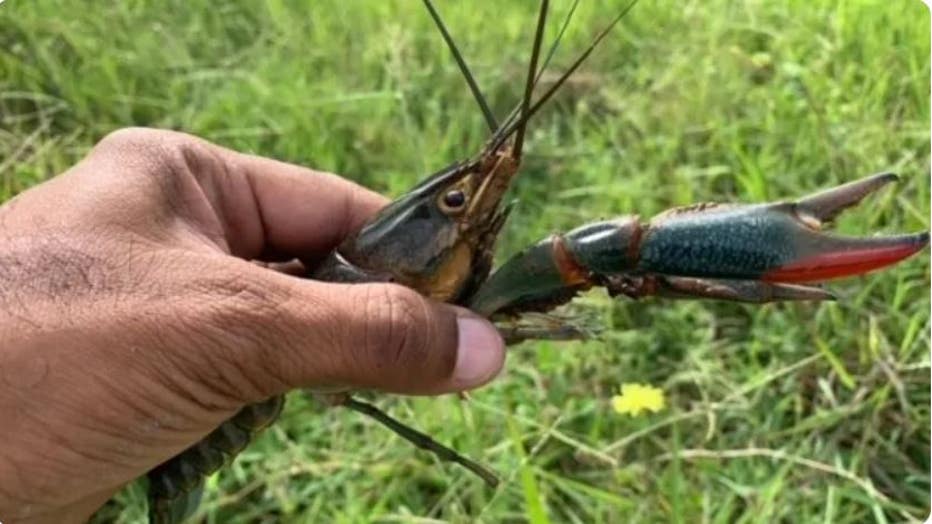 The left claw grows to an impressive size. (Texas Parks and Wildlife Department)

The invasive crawfish could also cause a native crayfish ‘pandemic,’ officials say. The redclaw can carry viruses, bacteria, fungi and the crayfish plague against which local crayfish have no immunity.

The colorful crayfish are also known as freshwater lobster, blue lobster and tropical blue crayfish. The bright red patch on the claws of adult males gives the animal its name. The body is blue-green.

How did they get to Texas?

The coloring and their large size make them a popular choice for home aquariums – which could be how the Texas contingent found their way to Brownsville.

"Release of aquarium life is, unfortunately, a key means by which invasive species such as these crayfish are introduced," said Monica McGarrity, TPWD Senior Scientist. "Well-meaning, uninformed aquarium owners sometimes release their pets thinking they’re doing the best thing for them, but if they do survive, they can become invasive and harm the native aquatic species and ecosystem. Aquarium owners should research alternatives to aquarium dumping and help prevent introductions of the next invasive species." 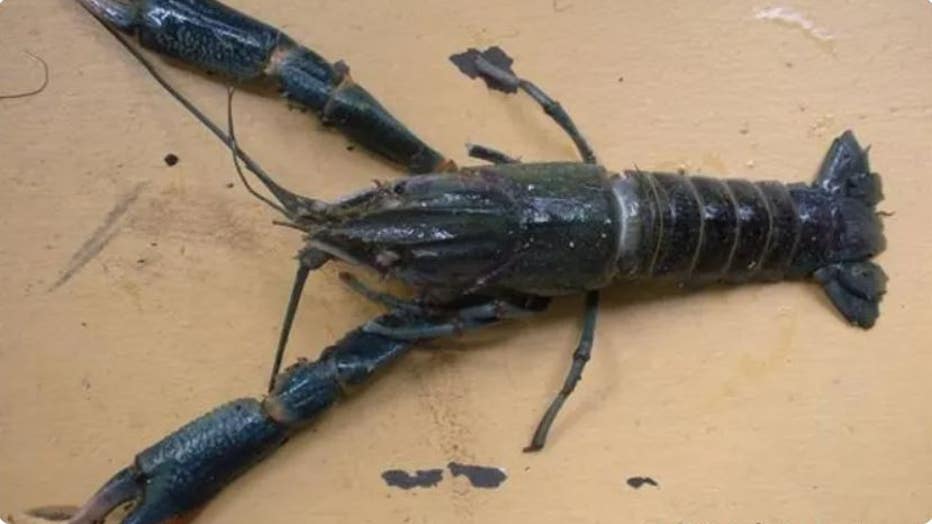 Texas and several other states passed laws banning foreign crayfish from aquariums to avoid accidental introduction and takeover. Florida’s plight against non-native species with no local predators, like the Burmese python and cane toad, is a fearful reminder of how quickly these creatures can take over.

Since Texas researchers found both males and females, they worry about a population explosion. Females can breed almost all year long and can lay up to 1,000 eggs three to five times a year. Redclaws reach maturity and weigh around two pounds within a year.

One industry embraces the redclaw, though. The lobster-like animals are a delicacy and raised commercially in Australia, Argentina, Ecuador, Mexico, Puerto Rico and Uruguay. But, the state of South Australia declared them ‘noxious’ and a severe threat to the environment. They are native to parts of Northern Australia and Papua New Guinea.

The cold can stop the creature

The animal thrives in tropical and subtropical climates between 60 and 90 degrees Fahrenheit. Temperatures below 60 anesthetize and eventually kill the redclaw, says research studies from Auburn University.

They can crawl over land to spread their territory, but Texas Parks and Wildlife says the main mode of travel to new areas is with flood washes from seasonal rains.

The U.S. Geological Survey reports that scientists found established communities in nature in Los Angeles County, California, starting in 2013 and in Puerto Rico starting in 1998.