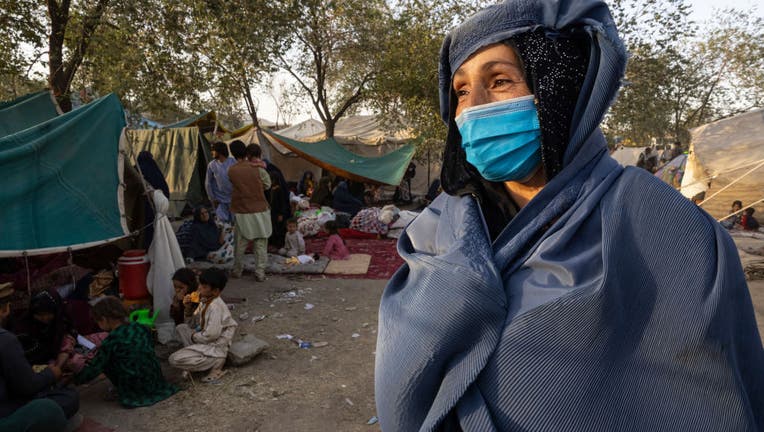 KABUL, AFGHANISTAN - AUGUST 10: Displaced Afghans arrive at a makeshift camp from the northern provinces desperately leaving their homes behind on Aug. 10, 2021, in Kabul, Afghanistan. The Taliban has taken control of several provincial capitals, amo

Secretary of State Antony Blinken declared Sunday that the rapidly deteriorating situation in Afghanistan since the withdrawal of U.S. troops is nothing like the fall of Saigon in 1975.

During an appearance on CNN’s "State of the Union," host Jake Tapper asked Blinken whether the U.S. was "already in the midst of a Saigon moment" as the Taliban continues to sweep major cities in the region since the U.S. began withdrawing troops.

"And at the same time, remaining in Afghanistan for another one, five, 10 years is not in the national interest," he added.

Blinken argued that had thousands of troops remained in Afghanistan beyond the May 1 deadline set by former President Donald Trump, then "attacks would have resumed on our forces" and "we would have been back at war with the Taliban."

"The idea that the status quo could have been maintained by keeping our forces there, I think, is simply wrong," he said.

Taliban fighters had captured all of northern Afghanistan as of Saturday, controlling about 24 of of the country’s 34 provinces, The Associated Press reported.

President Biden has responded by authorizing the deployment of 5,000 troops to the region to ensure what he calls an "orderly and safe drawdown" of American and allied personnel.

Tapper asked Blinken during his interview whether the Biden administration would ever recognize the Taliban as a legitimate government, amid reports that China is preparing to do so.

"A future Afghan government that upholds the basic rights of its people and that doesn’t harbor terrorists is a government we can work with and recognize," Blinken answered.

Tapper replied, "that sounds like a no," given the Taliban’s treatment of women.