WASHINGTON - As the coronavirus continues to spread, the U.S. is reportedly planning to boost staff at almost two dozen airports in an effort to screen nearly all passengers traveling from China.

The U.S. Centers for Disease Control and Prevention said it increased its travel warning to Level 3 on Monday, recommending travelers to "avoid all nonessential travel to China."

Concerns over the virus' fast-spreading nature have prompted the CDC to increase staffing at 20 U.S. airports that have quarantine facilities, The Washington Post reported. 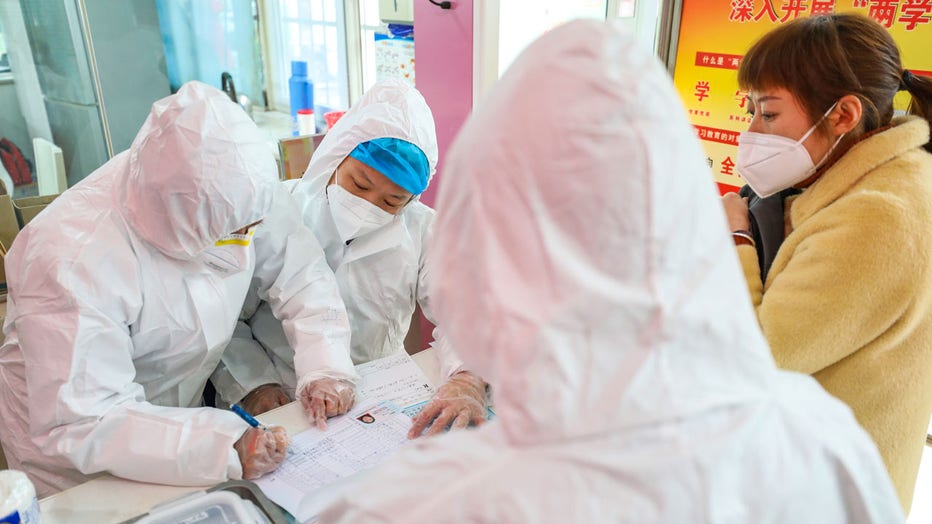 A woman, suspected patient of 2019-nCoV, watches medical staff filling up a form at a community health station before being transferred to a hospital in Wuhan in central China's Hubei province Monday, Jan. 27, 2020.- PHOTOGRAPH BY Feature China / Bar

On Sunday, China's health minister Ma Xiaowei said the virus could be transmitted by an infected person before symptoms appear, which could impact how the U.S. screens people from China.

“If people can be transmitting and infecting without any symptoms, that has a major impact on how you screen people,” Anthony S. Fauci, director of the U.S. National Institute of Allergy and Infectious Diseases told The Washington Post.

Passengers from the Hubei province were screened at five test airports, with the 20-airport expansion starting in the coming days, according to the outlet.

"On arrival to the United States, travelers from China may be asked questions to determine if they need to undergo health screening," the CDC said. "Travelers with signs and symptoms of illness (fever, cough, or difficulty breathing) will have an additional health assessment."

China's finance ministry and National Health Commission have devoted $8.74 billion to contain the spread of the virus, a ministry statement said, according to Reuters.

The outlet reported Germany's first declared case of the deadly virus late on Monday in Starnberg, a town 19 miles southwest of Munich. The patient is reportedly in "good condition" and is isolated under medical observation.

The virus has killed 80 people in China and infected thousands, sending authorities scrambling to contain the outbreak. Wuhan, the city where it began, has been effectively quarantined along with 17 other cities, impacting China's economy and 50 million people directly.

Five cases have been reported in the U.S. American health officials said there are 110 people under investigation across 26 states as the outbreak continues.