Nine justices make up the Supreme Court, with one Chief Justice and eight Associate Justices.

WASHINGTON - The Supreme Court wrapped up its first all-virtual term with decisions in a key case on voting rights and another involving information that California requires charities to provide about donors.

The high court upheld Arizona’s voting restrictions in a decision that could make it harder to challenge other voting measures put in place by Republican lawmakers following last year's elections. And it ruled that California must stop collecting the names and addresses of top donors to charities.

Both cases had 6-3 decisions.

The voting rights case reversed a lower court ruling in deciding that Arizona’s limits on who can return early ballots for another person and its refusal to count ballots cast in the wrong precinct are not racially discriminatory.

Justice Samuel Alito wrote for a conservative majority that the state's interest in the integrity of elections justified the measures.

The court rejected the idea that showing that a state law disproportionately affects minority voters is enough to prove a violation of the law.

In dissent, Justice Elena Kagan wrote that the court was weakening the landmark voting rights law for the second time in eight years.

"What is tragic here is that the Court has (yet again) rewritten — in order to weaken — a statute that stands as a monument to America’s greatness, and protects against its basest impulses. What is tragic is that the Court has damaged a statute designed to bring about ‘the end of discrimination in voting.’ I respectfully dissent," Kagan wrote, joined by the other two liberal justices.

But Alito said the measures were at most "modest burdens" that did not violate the law. 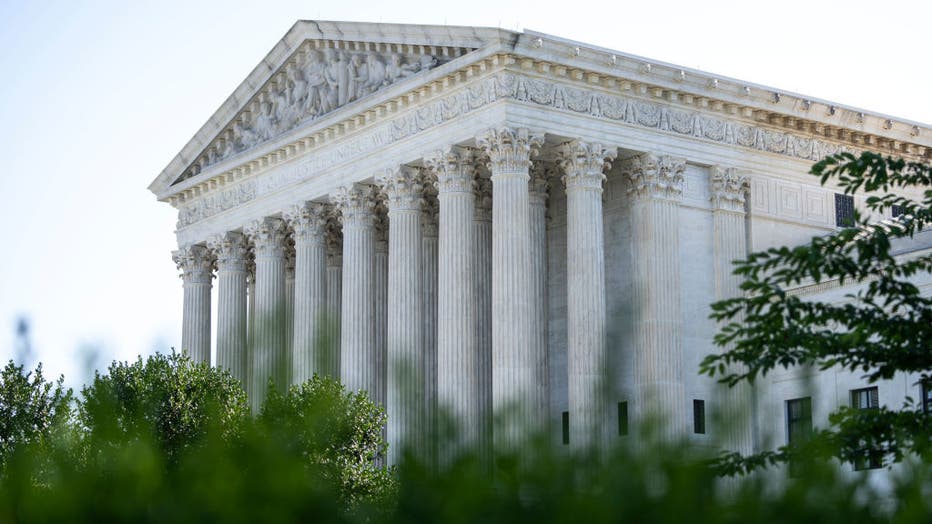 In the charitable donor disclosure ruling, the court sided with nonprofits that argued that California's policy of collecting the information violates the First Amendment.

The nonprofits had drawn strong support from groups across the political spectrum, including the American Civil Liberties Union and NAACP Legal Defense and Educational Fund.

California had defended its policy by saying that the information's collection was necessary to prevent fraud. But Chief Justice John Roberts wrote in a majority opinion joined by the court's other conservatives that there is a "dramatic mismatch" between California's interest in preventing wrongdoing by charities and its donor information requirement.

"The upshot is that California casts a dragnet for sensitive donor information from tens of thousands of charities each year, even though that information will become relevant in only a small number of cases involving filed complaints," Roberts wrote.

In a dissent for the court's three liberals, Justice Sonia Sotomayor warned of the decision's consequences.

"Today’s analysis marks reporting and disclosure requirements with a bull’s-eye. Regulated entities who wish to avoid their obligations can do so by vaguely waving toward First Amendment 'privacy concerns,'" she said.

California requires all charities that collect money from state residents to give the state an IRS form identifying their largest contributors. The information is not supposed to be disclosed publicly. Just three other states, Hawaii, New Jersey and New York, require charities to provide the IRS form.

A federal appeals court had upheld California's practice, ruling that the information serves the important state goal of preventing charities from committing fraud. The information was unlikely to be released publicly, the 9th U.S. Circuit Court of Appeals said.