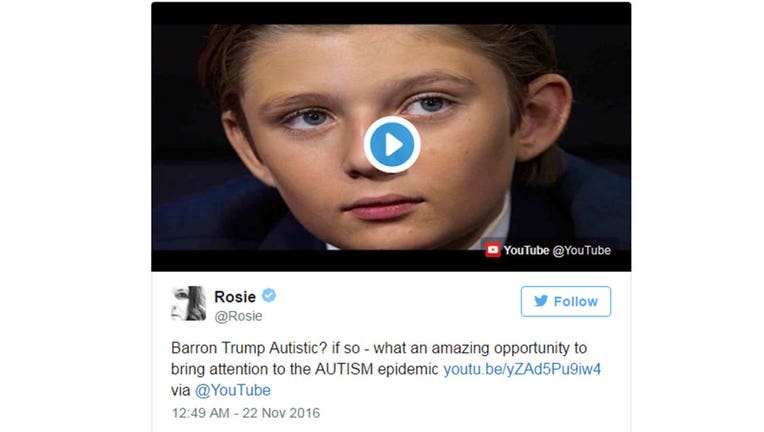 "Barron Trump Autistic?" she asked. "[I]f so, what an amazing opportunity to bring attention to the AUTISM epidemic," the tweet read.

The tweet included a link to a movie on YouTube about the youngest Trump child that speculates he appears to show signs of having the developmental disorder.

O'Donnell has five children, including daughter Chelsea, who O'Donnell has said suffers from a mental disorder.

In a follow-up tweet, O'Donnell wrote that there was no shame in autism.

O'Donnell is being criticized for possibly "outing" a child and not leaving it up to his parents to decide whether to make it public if the speculation is even true.

"sadiegirl ‏@dogmom27 Nov 22 @Rosie but why call it out? If true they should disclose if they want"