Valentine’s Day is right around the corner. That means reservations are being made, poetry is being written, and according to the FBI, scammers are on the prowl.

WASHINGTON (FOX 5 DC) - Valentine’s Day is right around the corner. That means reservations are being made, poetry is being written, and according to the FBI, scammers are on the prowl.

“I think it’s very easy for people to believe ‘we’ll this can never happen to me,’ and after talking to hundreds of hundreds of victims, it can happen to literally anybody,” Supervisory Special Agent Kevin Luebke said Wednesday.

A romance scam is when you meet someone online, they develop a relationship with you, and eventually convince you to send them money. 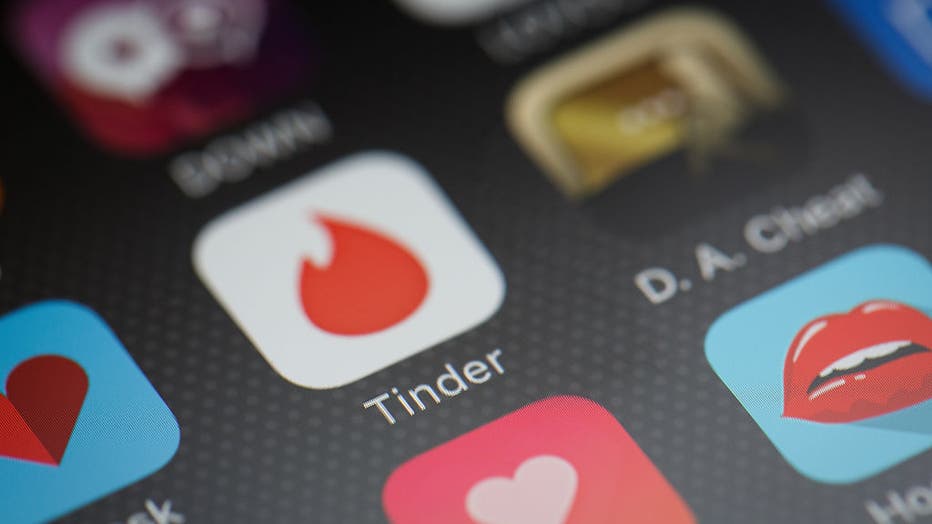 FILE: The "Tinder" app logo is seen amongst other dating apps on a mobile phone screen. (Photo by Leon Neal/Getty Images)

Luebke said the FBI recently arrested a man who was targeting the elderly with romance scams, using fake info and pictures to find victims on dating sites, and eventually asking for money, claiming it was for medical bills or travel expenses. He scammed one local woman out of about a million dollars, Luebke explained.

She’s not alone. According to new FBI statistics, Americans lost more than $474 million to romance scams in 2019. That’s a significant increase from the $362 million lost in 2018.

“When you’re online, in a dating relationship online, be wary of who you’re talking to, make sure they are who they say they are, do not ever send money or buy gift cards, or send money for that person,” Luebke said. “That’s a red flag if they ask you to send money.”

If you suspect your online relationship is a scam, the FBI said to cease all contact immediately. If you’re a victim whose already sent money, officials said to report the incident to your financial institution, file a claim with the FBI’s Internet Crimes Complaint Center (www.ic3.gov), and contact law enforcement.