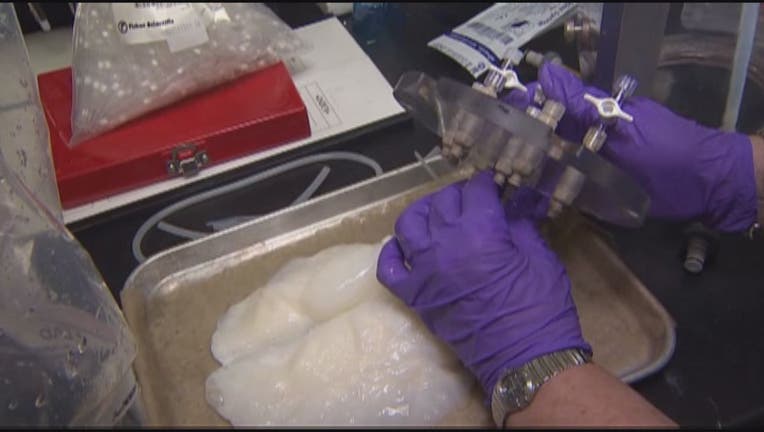 Researchers in Texas are working on a way to grow lungs, hoping one day they may be able to use them in humans.

At a lab at the University of Texas Medical Branch In Galveston, researchers are taking lungs from dead animals and people. They then remove the cells which leaves nothing but a balloon-like elastic protein behind.

Researchers then take lung cells from living animals and put them into the old lung skeletons and grow new ones.

A pig named Harry is the first recipient of one of their lungs..

"We build lungs here. That's pretty much what it's become in the last six months or so, is a little factory to build lungs," said Joan Nichols of the UTMB Galveston National Laboratory. "Someday, someday, we are going to use these techniques to bio-engineer organs for people that need them."

Researchers say some day they may even be able to use 3D printers to build new organs.