The D.C. Council met on Tuesday to address a new report on councilmember Jack Evans.

WASHINGTON (FOX 5 DC) - Jack Evans has “obliterated the public trust." That's what the chairman of the D.C. Council said Tuesday about a new report on the embattled Ward 2 councilmember.

The report, which was commissioned by the council, claims that Evans repeatedly violated the body’s code of conduct.

D.C. Council Chair Phil Mendelson said the 97-page report was “damning,” and that he has talked with Jack Evans about resigning.

Mary Cheh – the chair of the ad hoc committee – says her blood was boiling reading sections of the report.

According to the report, Evans violated the code of conduct 11 times.

Evans told FOX 5 that he hopes to make a written response to the report available on Tuesday.

The report – which was investigated and written by the law firm O’Melveny and Myers – lists 11 examples in which it says Evans took official action in violation of the conflict of interest provisions of the code of official conduct.

The report says Evans “Repeatedly participated in his official capacity in ‘particular matters’ in which his outside employers or his personal clients had direct financial interests, failing to recognize the inherent conflict that should have been disclosed and addressed.” 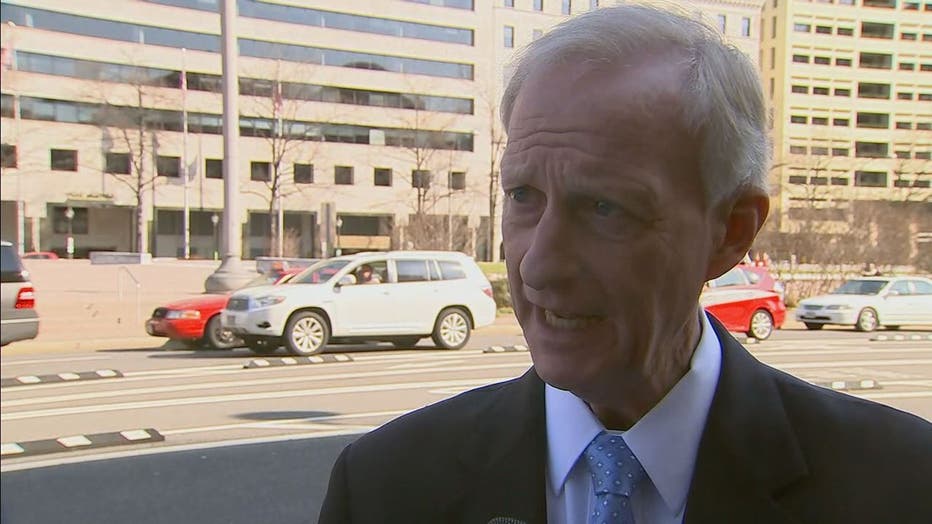 Mendelson and Cheh say Evans met with the investigators several times, but his clients mostly refused to comply with subpoenas.

All but one claimed the fifth amendment against self-incrimination.

"Based on everything that is presented in the report itself I think we are all entitled to be disgusted by what we read in that report and I also said that the report should make every resident of the District of Columbia shudder,” Cheh said.

The council will meet on the report in the coming days, and they have several options open to them, including censure and expulsion.

Evans was the target of an FBI raid at his Georgetown home in June after allegations surfaced that he violated ethics rules while he was chair of WMATA’s board.

Evans resigned from his position as Metro Board Chairman one day after the Federal agents’ raid.

In August, he was fined $20,000 by the District’s Board of Ethics and Accountability.

You can read the complete report by clicking here.