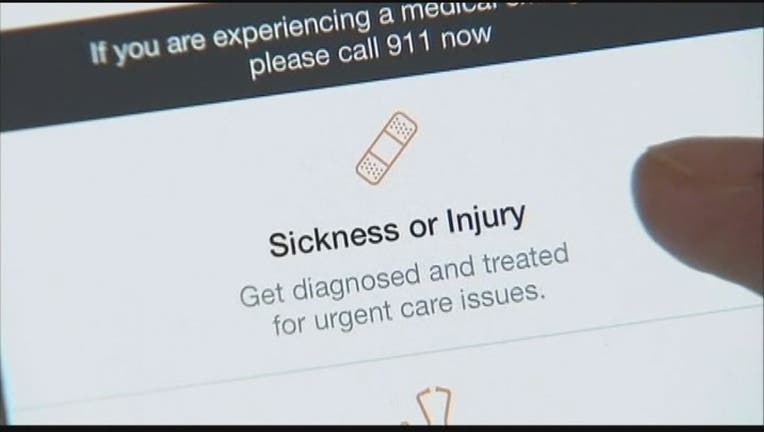 Smartphone users now have more than 165,000 apps available to help them stay healthy or monitor a medical condition, but just three dozen account for nearly half of all downloads, according to a new report.

Most apps focus on fitness or wellness by helping the user do things like count calories or track steps walked. Doctors and other care providers also are taking a growing interest in using apps to help patients, but concerns about a lack of research and data protection are limiting wider use of the technology, the IMS Institute for Healthcare Informatics said.

Even so, health app use is shifting from being a novelty to more of a core part of care for many people, said Murray Aitken, the institute's executive director.

"We're clearly moving in that direction," he said.

The institute, which sells software that ranks apps, analyzed more than 26,000 available in the United States through either Apple or Android app stores. Its analysis, released Thursday, doesn't count apps available through other venues like health care systems.

It found that the number of health-related apps for the iOS operating system used by iPhones has more than doubled in just two years to about 90,000.

Most of the apps in its study are free. The most popular, or those with more than 10 million downloads, include MyFitnessPal's Calorie Counter and an exercise tracker from Endomondo. At the other end, 40 percent of apps available in the U.S. market have less than 5,000 downloads.

Some apps are designed for specific medical conditions like TouchChat, which aims to help patients with autism, Down syndrome or other conditions communicate.

Calorie Counter also is among those most frequently recommended by doctors, along with the weight-loss app Lose It.

Dr. Mike Sevilla said he started recommending apps to patients a few years ago after they began asking for advice about them. He frequently recommends apps to help patients track their exercise or diet. The Salem, Ohio, family doctor also said the Mayo Clinic offers good apps to help people learn about conditions like diabetes.

Dr. Robert Wergin doesn't recommend apps to patients yet, but he uses one he heard about at a conference to help profile cardiovascular risk.

The Milford, Nebraska-based president of the American Academy of Family Physicians said he's still getting familiar with the use of apps, and he'd like to see more evidence-based research that shows whether they can improve health before he starts recommending them.

"But I think there's great potential," he said.