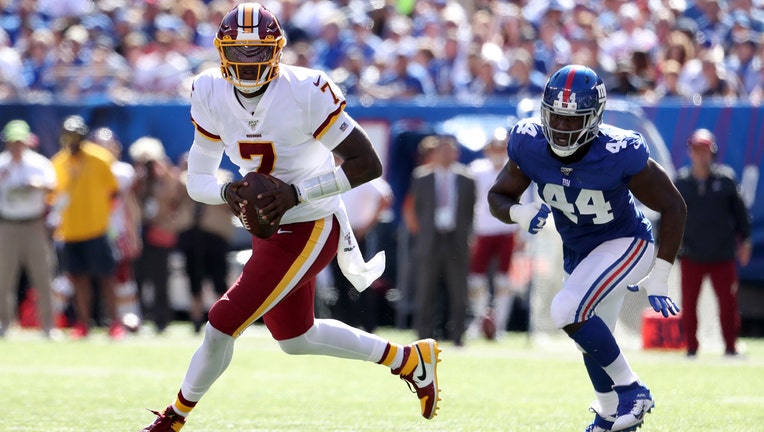 WASHINGTON - The Washington Redskins said Friday they would conduct a “thorough review” of its name and consider possibly changing it over racial connotations.

While fans floated ideas about what the name could be, Redskins quarterback Dwayne Haskins promoted his own favorite name out of the dozens that were mentioned on social media.

He then clarified: “That’s if we have to change the name. Now out my mentions.”

The name was also among the favorites of fans on social media.

The Redskins released a statement on their name change Friday.

“In light of recent events around our country and feedback from our community, the Washington Redskins are announcing the team will undergo a thorough review of the team’s name. The review formalizes the initial discussions the team has been having with the league in recent events."

“This process allows the team to take into account not only the proud tradition and history of the franchise but also input from our alumni, the organization, sponsors, the National Football League and the local community it is proud to represent on and off the field.”

The franchise came under scrutiny last week as it was revealed the team is reportedly barred from seeking a move from FedEx Field in Maryland to RFK Stadium in Washington unless the team changes its name.

A day later, FedEx formally requested the Redskins to change their name. FedEx is a corporate sponsor of the Redskins and the NFL. Nike would later remove Redskins gear from its online store and Pepsi would follow suit and ask the team to change its name as well.

Snyder has previously been adamant about not changing the team’s name.