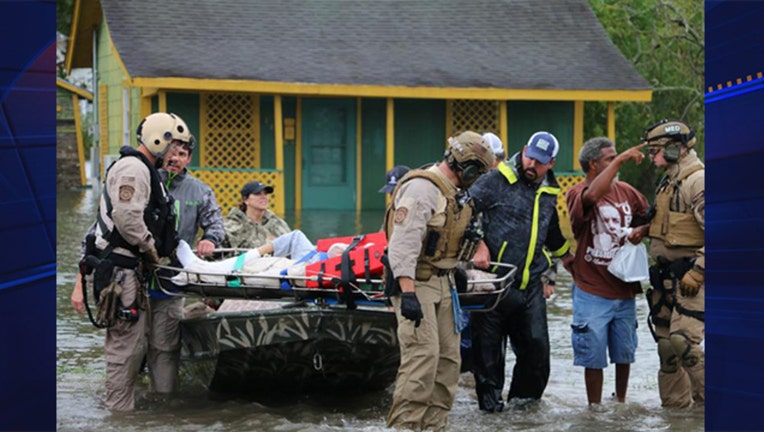 (KRIV/AP) - A man suffering from quadriplegia and his family were rescued by agents from Air and Marine Operations (AMO) after being stranded in their home since Hurricane Harvey made landfall on Friday.

According to U.S. Customs and Border Protection, the man and his family were pulled from their home by Air and Marine Agents and transported by UH-60 Black Hawk to a hospital for further medical evaluation and treatment.

That day, the same AMO Black Hawk aircrew--which includes an Air and Marine Emergency Medical Services (AMEMS) paramedic-pilot--completed 14 other rescues, many of them emergency medical evacuations.

Nearly a week after Harvey crashed into the Texas coastline, the storm chased more people out of their homes Friday after dumping heavy rain on Louisiana, and people in a Texas city with no drinking water waited in a line that stretched for more than a mile to get bottled water.

Meanwhile, the Houston mayor pleaded for more high-water vehicles and more search-and-rescue equipment as the nation's fourth-largest city continued looking for any survivors or corpses that might have somehow escaped notice in flood-ravaged neighborhoods.