Push for DC statehood gets boost from Delaware senator

The push for D.C. statehood received a boost from one senator who said he'll champion the cause in Congress.

WASHINGTON - The push for D.C. statehood received a boost from one senator who said he'll champion the cause in Congress.

In a tweet Monday, Norton sent a reminder of D.C.'s current status as tax filing season began. "DC pays more federal taxes per capita than residents of any state, and DC pays more overall federal taxes than 23 states," her tweet read. "While being denied voting representation in Congress and full self-government."

Norton, a non-voting delegate, introduced the D.C. Statehood bill in the House again this year. 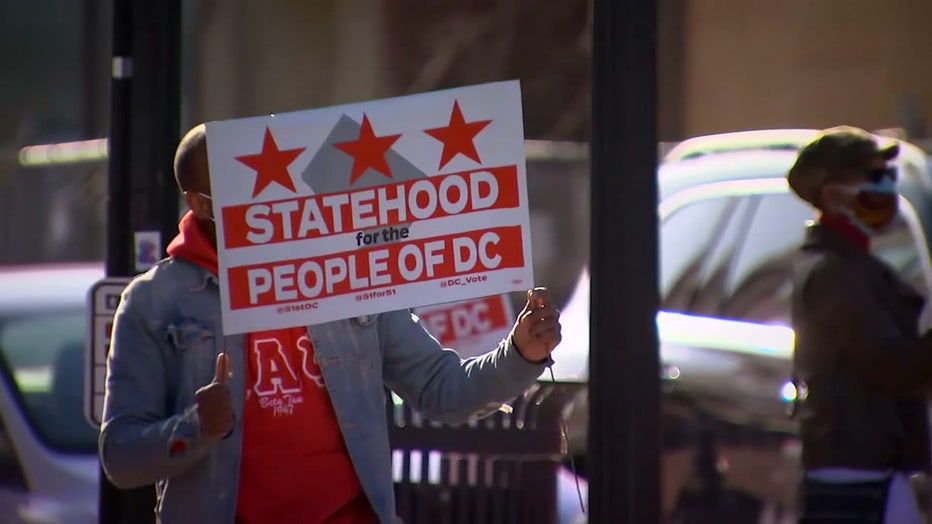 City residents have previously held rallies for statehood and were excited in 2020 and 2021 when the bill passed the House of Representatives.

FOX 5's Melanie Alnwick says that while some Republicans agree in principle that people who pay federal taxes should have voting representation, as a whole they have generally been opposed to D.C. statehood because the Democrat majority city would put another Democrat vote in Congress.

With a slim Republican majority in the house, the bill's chances this year aren't good.

In the Senate, at least nine republican votes would be needed to advance the legislation.