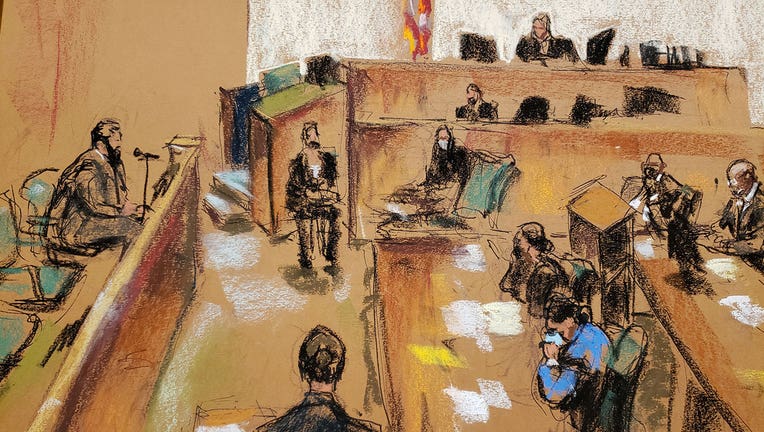 NEW YORK - Prosecutors, nearing the end of their case at the sex trafficking trial of R. Kelly, played recordings for a New York City jury Wednesday they say back up allegations the R&B singer abused women and girls.

In court papers, prosecutors have described tapes of a profane Kelly threatening violence against victims during recorded rants in 2008.

Jurors listened to the recording in Brooklyn federal court using headphones. There was no audio for the press and public — already restricted by the judge to an overflow courtroom as a coronavirus precaution — making it impossible to know exactly what the panel was seeing or hearing, or how it was reacting to it.

A video feed to the overflow courtroom showed Kelly not wearing the headphones that would have allowed him to listen in on the government's latest evidence against him at a trial that began Aug. 18.

Kelly, 54, has repeatedly denied accusations that behind the scenes of a 30-year career highlighted by his 1996 megahit "I Believe I Can Fly" he was a sexual predator who groomed and sexually exploited his young victims. His lawyers have portrayed the accusers as groupies seeking to take advantage of his fame.

The trial is off Thursday but will resume Friday, when it's likely the government will rest its case. Kelly's lawyers have indicated they will put on a defense case that would begin Monday.