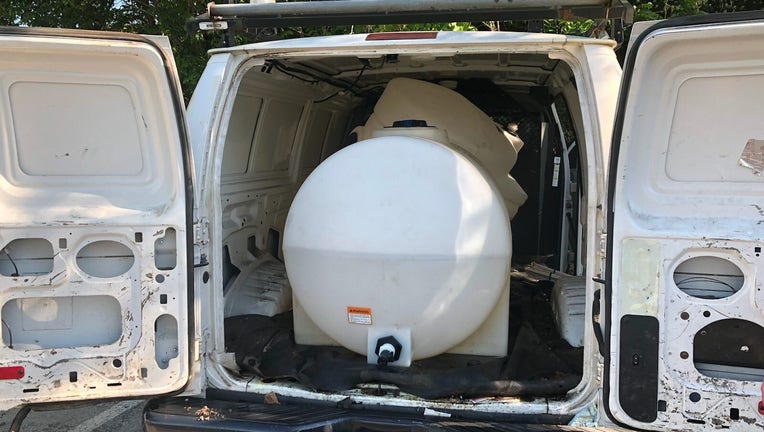 Prince George's County firefighters say they responded to a Hazmat scene after gasoline was leaking out of a van with 200-gallon tanks filled.

The firefighters say they responded around 8:50 a.m. Saturday to the scene in the 8500 block of Landover Road in Landover.

They say they found an unoccupied van with two, 200-gallon tanks full of gasoline. One of the tanks was leaking gas:

The firefighters say they're investigating, but also want to share a reminder that panic-buying gasoline is dangerous.

"It can lead to poor decisions & dangerous outcomes for you, your loved ones & #FirstResponders," the firefighters tweeted.

Many drivers lined up to buy gasoline after last week's cyberattack on the Colonial Pipeline cut down fuel supply and drove up prices.

The pipeline says it's operations have now returned to normal, and supply at local gas stations should return to normal by the end of the weekend.

RELATED: Service at gas pumps should be ‘normal’ by end of weekend after Colonial Pipeline attack, Granholm says