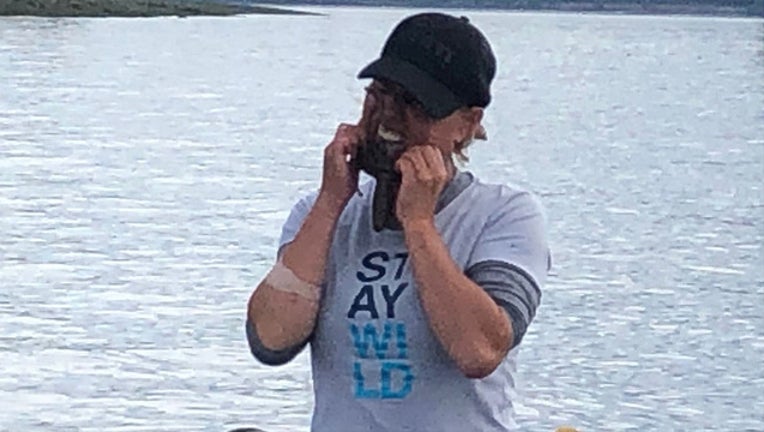 TACOMA, Wash. - A Washington woman, hoping an octopus on the face would make for a prize-winning photo, instead wound up with something she never expected: a faceful of pain and a trip to the hospital.

Jamie Bisceglia told Fox News on Wednesday that she was participating in a fishing derby in the South Sound near the Tacoma Narrows Bridge last Friday when a group of men in the competition snagged an octopus.

Bisceglia, 45, of Fox Island, on Wednesday recalled asking the men for the juvenile Pacific octopus they'd snagged, saying, “I’d like to eat it for dinner.”

She also asked the men to take a photo of her with the sea creature, intending to enter the snap in the derby's photography contest: "It’s soft, it’s squishy, it doesn’t feel like it can hurt you -- I put it on my face.”

And at first, that wasn't so bad. “The tentacles were squirming in my ear, my nose, it was just playing with me on my face,” she said.

“And then all of a sudden its beak entered my chin and my eyes popped open wide and they could all see that I was getting attacked, and the photos are taken at the moment it was attacking me.” 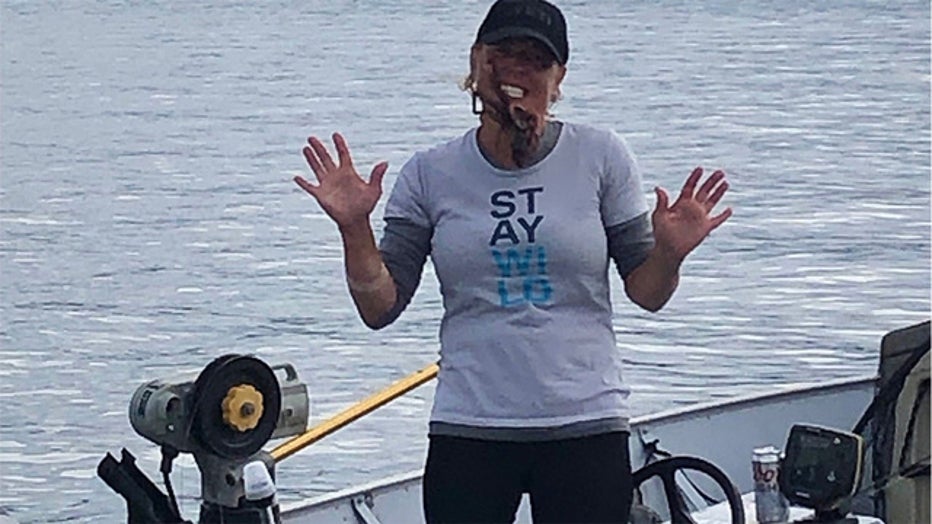 The sensation was vivid and unforgettable. “Oh my gosh," she said, "when it bites you it feels like it’s barbed and if I pulled it out it was going to take out my flesh.”

When she finally pulled the octopus off, she said, the pain was intense, and the bleeding lasted for a half-hour.

Between derbies, she even went to a friend’s house, cooked the octopus for dinner and “enjoyed a beautiful meal that was delicious.”

“I got a little revenge,” she added.

The next day she competed in the second derby. But when she woke up after, she realized she had to see a doctor immediately. 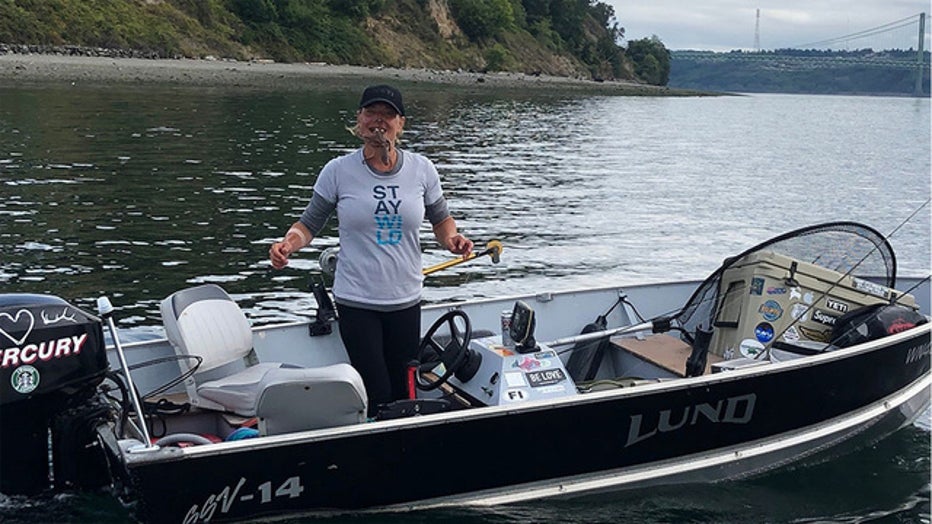 Days later, she said, she's still hurting, and her face and throat remain swollen. She also has a rash on her chin to show for her bid to grab a memorable photo.

Bisceglia said doctors told her the swelling could linger for months. And "I have to take tons of medicine, three different heavy doses of antibiotics and I’m taking milk thistle, which is supposed to help with the venom."

Her takeaway? “I would tell everyone not to touch something that they don’t know what the consequences are.”

And who won the fishing derby photo contest that set this misadventure in motion. The results, she says, are still coming sometime this week. After her octo-ordeal, she's hoping it'll at least pay off with a win.