A busy post office branch at Mt. Vernon Plaza in Alexandria may be closing soon, according to a court filing last week. FOX 5's David Kaplan has all the details.

ALEXANDRIA, Va. - A busy post office branch at Mt. Vernon Plaza in Alexandria may be closing soon, according to a court filing last week.

"It’s sad to see that happen," said David Winkler, a customer, as he was walking into the facility surrounded by a shopping center with several well-known big box stores for customers like him and Suzanne McDonnell.

"I have my hairdresser, food for my cat, and here, as I was going to mention to you, I know all the workers here. They know my daughter. They know me. They know exactly where I’m sending things," McDonnell said, "So, it’s kind of vital."

In Federal Claims Court last week, attorneys for Federal Realty indicated the U.S. Postal Service hadn’t paid about $71,000 in taxes and fees related to the lease, which costs approximately $340,000 a year.

The filing also indicates Federal Realty has made multiple attempts to contact USPS regarding payment and notice that they’ll be leaving once the lease is up in two months. 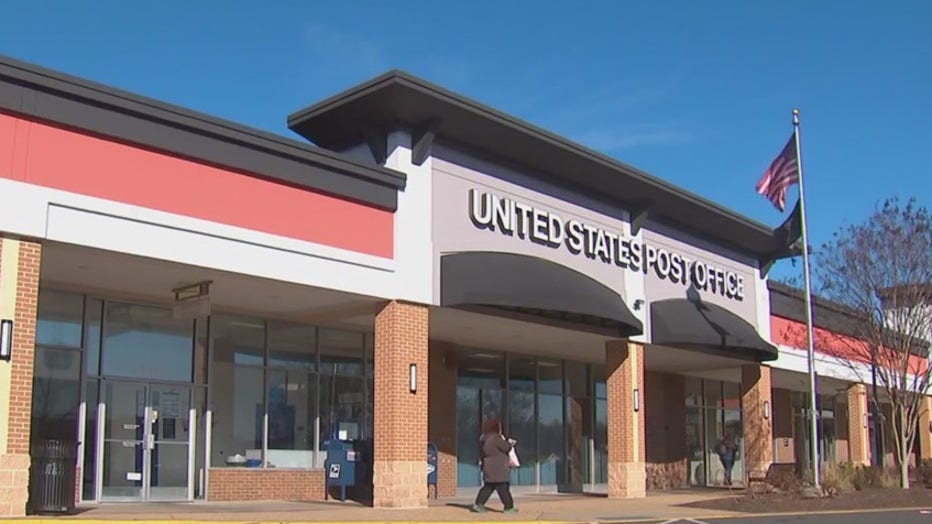 "Despite both of these notices, Plaintiff has not received written confirmation that Defendant will vacate the Premises in broom swept condition by February 28, 2023, or that the unpaid rents, including 2020 and 2021 reconciliation charges would be paid," the filing reads.

"They started mentioning it. So I tried to talk to them, and they were like ‘yeah, I won’t be seeing you next year,’ and I was very perplexed about that; like what’s going on here? They said they lost the lease," McDonnell said.

FOX 5 reached out to USPS and specifically asked if USPS planned to renew the lease, if another location was being considered, and will USPS pay the money Federal Realty says it owes?

"It is USPS policy not to comment on pending litigation," USPS said in a statement to those inquiries.

USPS has yet to respond to the Federal Realty filing in Federal Claims Court.

FOX 5 reached out to Federal Realty who also said they do not comment on pending litigation.

An inquiry to the attorney for Federal Realty who filed the claim was not returned.