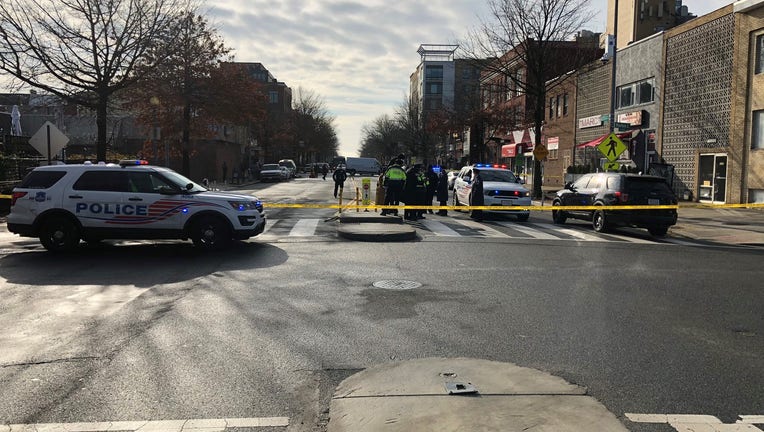 The shooting occurred just before 8 a.m. at Georgia Ave. and Lamont St. NW, near the popular Call Your Mother bagel shop.

Police say the man was armed with a semi-automatic handgun with an extended magazine.

The man is now recovering at a local hospital with non-life threatening injuries. The officer who shot the man was unharmed, police said.

Contee did not say whether the man shot at police. A witness nearby tells FOX 5 they heard police officers yelling for the man to put his gun down.

The officer involved was wearing an activated body camera and officials will review that footage.

The man, 48 year-old Antonie Smith, is now charged on assault with a police officer while armed and other crimes.