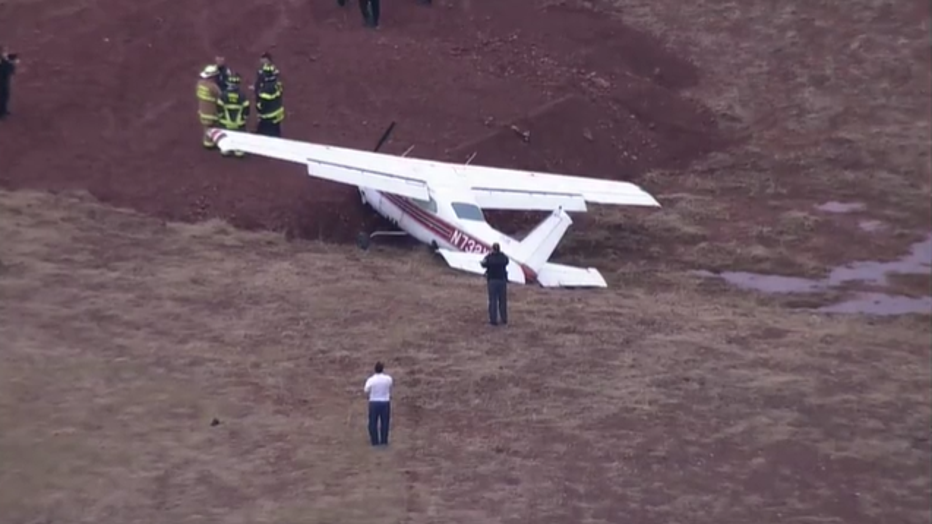 The aircraft struck a dirt embankment and landed in a field located on Megawatt Drive in Ashburn. Only the pilot, 28-year-old Aaron Adams, was on board the plane, which was en route from Newark Liberty International Airport. There was no fire, according to the Federal Aviation Administration (FAA). However, Adams was treated for minor injuries, Virginia State Police say.

Flights to and from Dulles International Airport were briefly paused but have since resumed.

The FAA and the National Transportation Safety Board are investigating the incident.

This is a developing story. Check back with FOX 5 for updates