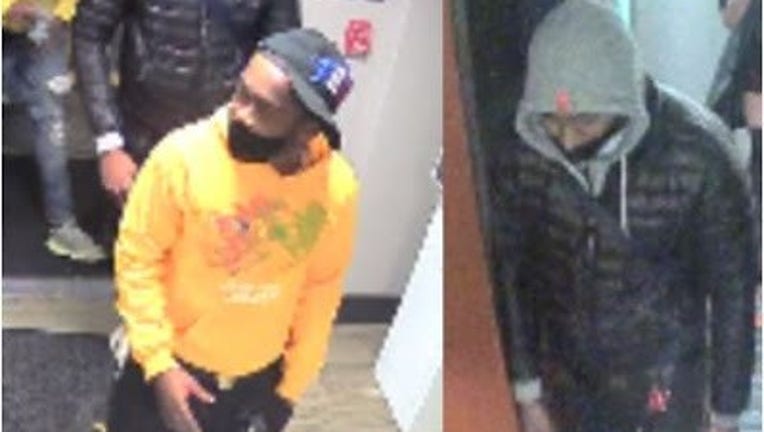 Surveillance photos show two suspects in a shooting Saturday night that wounded seven people at a hotel on the University of Maryland's campus, police say.

COLLEGE PARK, Md. - Police in Prince George's County have shared surveillance photos of two people of interest after a mass shooting a Halloween hotel party near the University of Maryland's campus.

The shooting occurred around 11:05 p.m. Saturday in a hotel room at The Hotel at the University of Maryland in College Park.

Seven people were wounded, and five of them have since been released from the hospital, police say.

The motive remains under investigation. Police say they have also talked to witnesses and gathered other evidence.

Police say the two men in the photos they shared Sunday are "of interest." FOX 5 has reached out to police to ask them to clarify why the men are of interest in their shooting investigation.

University President Dr. Darryll Pines has spoken out on the shooting: