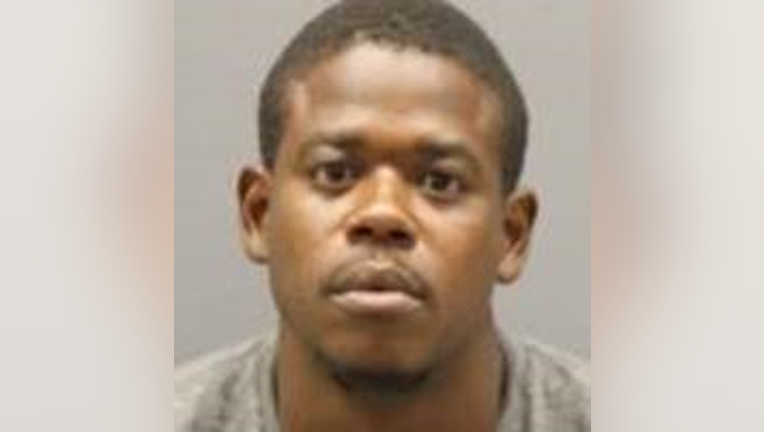 WASHINGTON (FOX 5 DC) - D.C. police have released the photo of a man accused of sexually assaulting a 12-year-old girl behind a Southeast elementary school last Saturday.

Police say at around 12:13 p.m. on October 12, the girl was sexually assaulted in the 1300 block of Alabama Avenue, SE, near Malcolm X Elementary School.

Earlier this week, police released the following surveillance video in an effort to identify the suspect:

DC police are looking for a suspect who allegedly sexually assaulted an underage girl in Southeast.

The suspect, who was identified by police as 30-year-old Rakim Davis Friday, is described as a black man who is 5'10" tall and around 170 pounds.

He has brown eyes and a patchy beard with tattoos on both hands. He was last seen wearing a black hoodie with bleach spots on it, blue or black jeans and peach Nike Foamposite sneakers.