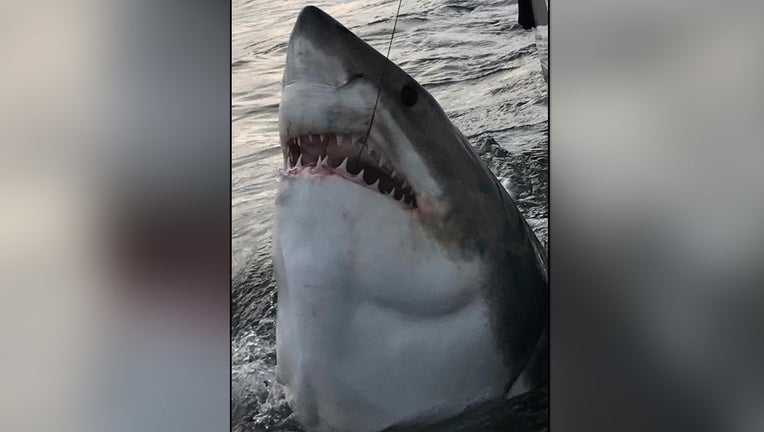 HILTON HEAD, South Carolina - He spends winters catching and releasing great white sharks and this weekend, was no different. Captain Chip Michalove caught not one, but two.

One of them got away, the one Capt. Michalove calls "the largest White" he's ever seen, off the coast of Hilton Head, South Carolina, more than 3,000 pounds.

"She spit the hook right when we started to turn the boat around to give chase," he said on Facebook. "I almost called it a day and headed in, but we reset and hooked into this little guy," he wrote.

He posted a photo of the "little guy," estimated to be about 9 1/2 feet, on Facebook, but it doesn't look so little in the photo. It's the first male white shark he's caught and the shark put up quite a fight around the boat.

Like this one, the sharks Capt. Michalove catches are tagged and released and the data will be sent to the Atlantic White Shark Conservancy to help study and protect the sharks.

As for the female 3,000 pound white shark, Capt Michalove says, "I'll get her before the winter ends."