We're more than halfway through the semester and some Prince George's County students are still waiting more than an hour to catch their school bus.

PRINCE GEORGE;S COUNTY, Md. (FOX 5 DC) - With this season’s first taste of winter weather moving in overnight, some Prince George’s County students are still waiting more than an hour to catch their school bus. And new data just obtained by FOX 5 shows the school system isn’t tracking how many buses are seriously behind schedule.

Prince George’s County Public Schools has been dealing with a bus driver shortage for several years, and despite multiple recent job fairs devoted to hiring new drivers, the district said Tuesday they are still down at least 100 drivers.

“This is something we know we’ve got to fix,” said Barry Stanton, PGCPS Chief Operating Officer.

Stanton said he gets complaints from parents about bussing every day, and some students are still seeing major delays to and from school.

Since October, FOX 5 has been asking for data on how many buses are more than an hour late each day. A Maryland Public Information Act request revealed this week that the school system doesn’t know. 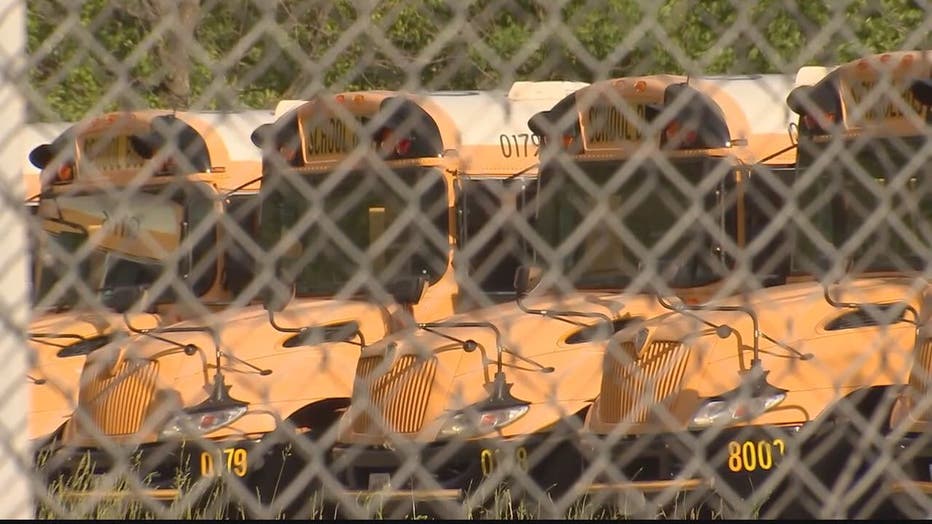 PGCPS tracks buses through an app called ‘Here Comes the Bus.’ Records generated by the app show that on average, nearly half of busses aren’t properly accounted for. Stanton said due to the driver shortage, bus routes often change last minute and the app isn’t updated.

“We’re doing on-the-spot quick changes and we don’t have the manpower to go in and update the app,” he said, blaming lack of staffing, not the app itself.

According to data provided to FOX 5, buses with last minute route changes and those that are more than an hour late are grouped in the same category in the bus data school officials rely on.

When asked if it was a problem that PGCPS doesn’t know how many buses are extremely late, Stanton replied, “Yes, it’s a problem. That’s what we’re looking at-the whole app process and trying to improve on it.”

Parents have also complained that they can’t rely on the app to give them correct information on their child’s bus.

Stanton said he is heading a task force to identify solutions to the bussing problem. He said in addition to hiring more drivers, there’s a real possibility the district could reduce the number of bus routes next school year.