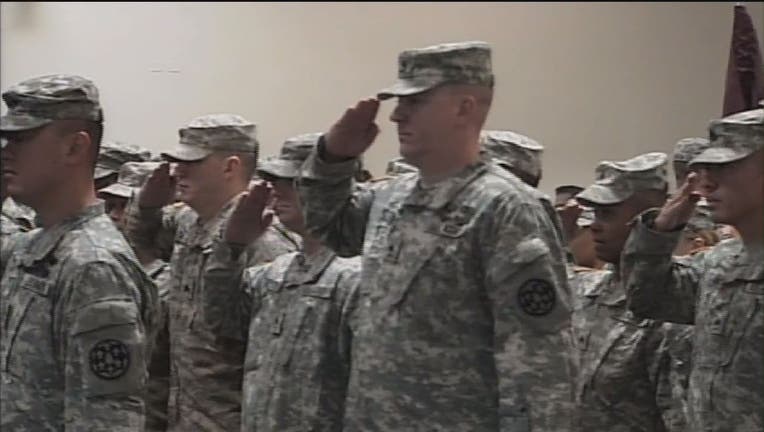 WASHINGTON (AP) -- Defense Secretary Jim Mattis is giving the military chiefs another six months to conduct a review to determine if allowing transgender individuals to enlist in the armed services will affect the "readiness or lethality" of the force.

Pentagon spokeswoman Dana White said Mattis made the decision Friday. The delay in allowing the enlistment of new recruits does not affect transgender troops who are already serving openly in the military.

"After consulting with the service chiefs and secretaries, I have determined that it is necessary to defer the start of accessions for six months," Mattis said in a memo that was sent Friday to the service chiefs and secretaries and was obtained by The Associated Press. "We will use this additional time to evaluate more carefully the impact of such accessions on readiness and lethality."

In the memo, Mattis said he believes the department must measure "each policy decision against one standard" -- whether it affects the ability of the military to defend the nation.

Mattis' decision formally endorses an agreement hammered out last week by the leaders of the four military services, which rejected Army and Air Force requests for a two-year wait. And it reflects the broader worry that a longer delay would trigger criticism on Capitol Hill, officials familiar with the talks told The AP.

The request for a delay was sent to Mattis for a final decision last week.

Mattis said the review by the services must be completed by Dec. 1, and he noted that his approval of a delay "does not presuppose the outcome of the review." He said the additional time will ensure he has "the benefit of the views of the military leadership and of the senior civilian officials who are now arriving in the department."

Stephen Peters, Human Rights Campaign spokesman and a Marine veteran, said, "Each day that passes without the policy in place restricts the armed forces' ability to recruit the best and the brightest, regardless of gender identity."

Aaron Belkin, director of the California-based Palm Center, said the delay will only force applicants to lie in order to join the military. "That makes no sense because, as predicted by all of the research, transgender military service has been a success," he said.

"The Pentagon is right to hit the brakes on a policy that will fail to make our military more capable in performing its mission to fight and win wars," Boykin said.

Transgender service members have been able to serve openly in the military since last year, when former Defense Secretary Ash Carter ended the ban, declaring it the right thing to do. Since Oct. 1, transgender troops have been able to receive medical care and start formally changing their gender identifications in the Pentagon's personnel system.

But Carter also gave the services until July 1 to develop policies to allow people already identifying as transgender to newly join the military, if they meet physical, medical and other standards, and have been stable in their identified genders for 18 months.

The military chiefs have argued they need more time to study the issue and its effects on the readiness of the force before taking that step.

According to officials familiar with the internal discussions, the chiefs believe the extra six months would give the four military services time to gauge if currently serving transgender troops are facing problems and what necessary changes military bases might have to make.

They said Navy officials were ready to begin enlistment in July but asked for a one-year delay, largely to accommodate a request from the Marine Corps for more time. The Navy secretary also oversees the Marine Corps. The Army and Air Force wanted a two-year delay to further study the issue, they said.

Already, there are as many as 250 service members who are in the process of transitioning to their preferred genders or who have been approved to formally change gender within the Pentagon's personnel system, according to several defense officials.

Officials said there was a broad recognition that allowing transgender individuals to enlist affects each service differently. They described the biggest challenge as the infantry. They said the discussions aimed at a solution that would give recruits the best chance of succeeding, while ensuring the services maintain the best standards for entry into the military.

Key concerns include whether currently enlisted troops have had medical or other issues that cause delays or problems with their ability to deploy or meet physical or other standards for their jobs. Military leaders also want to review how transgender troops are treated, if they're discriminated against or if they have had disciplinary problems, the officials said.

The officials were not authorized to discuss internal deliberations publicly so spoke on condition of anonymity.

The military services have various ways of counting the number of transgender troops currently serving. The Pentagon has refused to release any data. But officials said there are more than 80 service members across the Army, including the National Guard and Reserve, who have been approved to change their gender identities in the personnel system or are in the process of transitioning. Others said there are about 160 sailors in the Navy who are the process of gender transition, and about "a handful" of Marines have come forward to seek medical care involving gender transition. The Air Force refused to release any numbers.