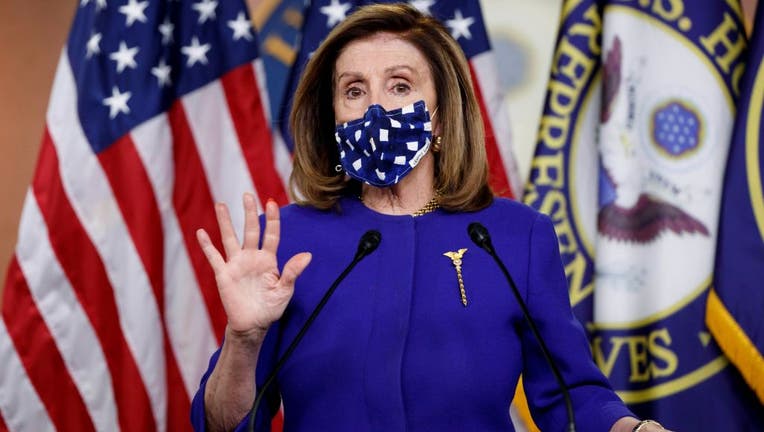 WASHINGTON - House Speaker Nancy Pelosi set a 48-hour deadline for the White House to reach an agreement on a new round of coronavirus stimulus before the upcoming presidential election, saying Sunday that she is still "hopeful" despite no agreement yet in the package's language.

"The 48 only relates to if we want to get it done before the election, which we do," Pelosi told ABC's "This Week." "But we're saying to them, we have to freeze the design on some of these things. Are we going with it or not and what is the language? I'm optimistic because, again, we’ve been back and forth on all of this."

Both Pelosi and Treasury Secretary Steven Mnuchin agreed to Democrats' language with "minor" edits for a national coronavirus testing plan on Thursday.

However, a Saturday update by Pelosi's deputy chief of staff, Drew Hamill, revealed that both she and Mnuchin have not reached an agreement on language that would ensure the plan would include contact tracing and "additional measures to address the virus’ disproportionate impact on communities of color."

"There remains an array of additional differences as we go provision by provision that must be addressed in a comprehensive manner in the next 48 hours," Hamill added. "Decisions must be made by the White House in order to demonstrate that the Administration is serious about reaching a bipartisan agreement that provides for Americans with the greatest needs during the pandemic."

While she acknowledged on Sunday that most of the changes were a "light touch," Pelosi said about 55% of the language for testing and tracing was removed from the plan entirely.

"The tracing part is so important, because communities of color had been disproportionately affected by this," Pelosi said. "We had pages and pages of how you would do this in the minority community. They crossed it all out."

In terms of reaching a deal before Election Day, Pelosi reaffirmed that any chance of a breakthrough will "depend on the administration."

Pelosi's comments on Sunday come as the window of opportunity to pass new stimulus legislation before the election is relatively slim after Democrats and Republicans objected to the White House's current proposal of $1.8 trillion. President Trump has said that he would be willing to reach a deal above that offer, but accused Pelosi of holding the stimulus up to help Democrats in the election.

In the meantime, Senate Majority Leader Mitch McConnell says a vote will be held this week on a "targeted" bill, which would include money for schools, liability protection for businesses, and boosted unemployment benefits.

Treasury Department spokesperson Monica Crowley said that talks between Mnuchin and Pelosi will continue on Monday.

According to the latest update from Johns Hopkins University, there are more than 8.1 million coronavirus cases in the United States and more than 219,000 related deaths.