“As a parent and because of the nature of our business, you’re always on the go. And I’ve been in planes and drop, and I’ve been like, ‘Oh my God,’ you know,” said Ewing, “And to see how horrific and to see how horrific that crash was, you know, it set you back because it could be any of us … to lose him – him and [Gianna] and the rest of the people in such a horrific way and so young, it makes you realize that life is, how fragile life is.”

“Tomorrow is not granted,” Ewing added.

Ewing remembered Bryant as a “fierce competitor,” telling FOX 5 they had some “epic battles.” The Georgetown head coach and some of his players remarked on Bryant’s lasting legacy: Mamba Mentality.

“His drive to be the best thing he could possibly be and things like that. As a coach, you want your guys to admire people. That’s the work ethic you try to give them, or tell them or show them or talk to them about,” said Ewing. 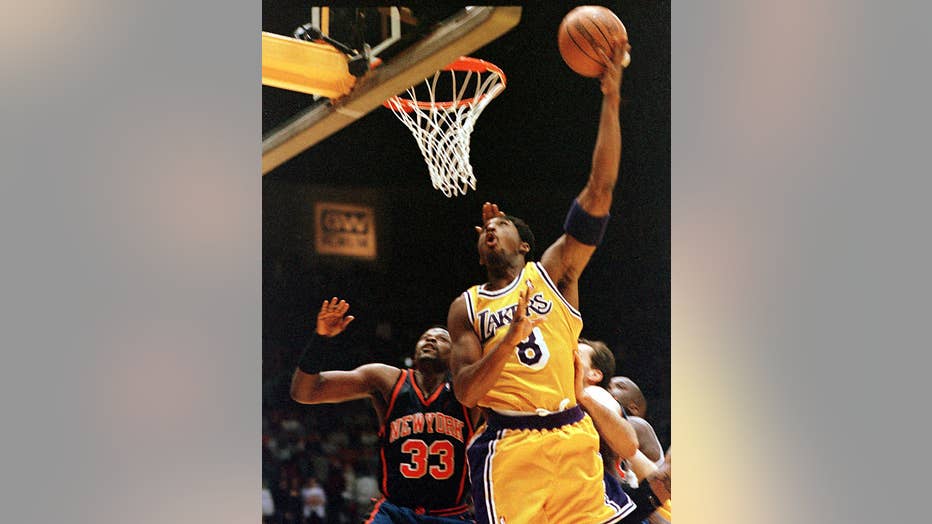 Mamba Mentality is Bryant’s work ethic -- doing your best and putting in the work to get there. It’s something Curator of Sports, Damion Thomas, says went beyond the court. It taught players life skills, according to Thomas.

It’s one of two parts to Kobe Bryant’s legacy Thomas shared with reporters and visitors at the National Museum of African American History and Culture on Monday. The museum is also paying tribute to the NBA star, who had donated $1 million to the museum.

“When I heard that Kobe Bryant died, it was overwhelming. You know, he was in the news the last couple of days certainly with LeBron passing him in scoring, when he made the statements about women being able to play in the NBA and certainly someone who was still active and engaged, living his best life, so it was hard,” said Thomas.

As he showed FOX 5 Bryant’s picture in their museum, Thomas said the second part to Bryant’s legacy was his transformation of the sport in 1996 when Bryant made the jump from Lower Merion High School to the NBA. Thomas says others had done it before, but he credits Bryant with impacting the next two decades.

The photo included in the NMAAHC’s “Style Matters” wall shows Bryant “flying” towards the net. Thomas says they had to include this photo, especially because at one point, slam-dunking in basketball had been outlawed. It was a time when Thomas says African Americans were becoming more prominent in the sport of basketball. 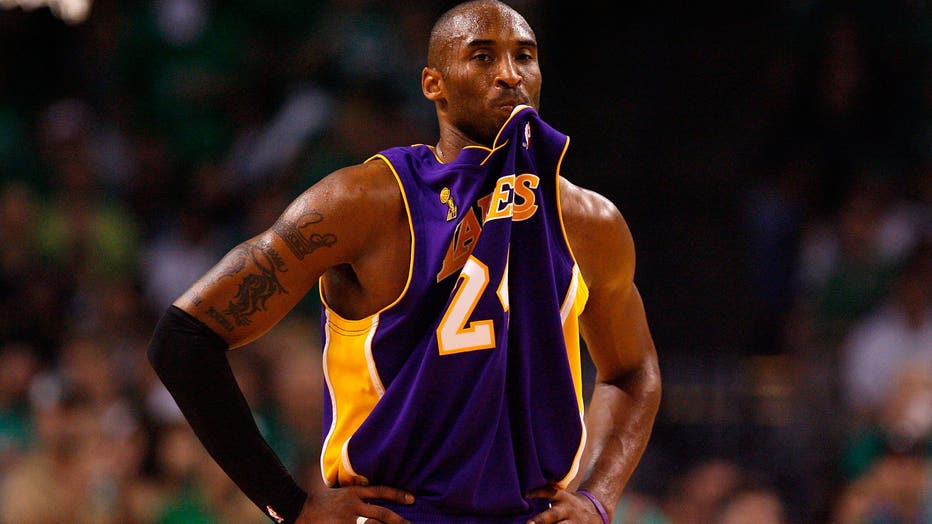 BOSTON - JUNE 17: Kobe Bryant #24 of the Los Angeles Lakers chews on his jersey in Game Six of the 2008 NBA Finals against the Boston Celtics on June 17, 2008 at TD Banknorth Garden in Boston, Massachusetts. NOTE TO USER: User expressly acknowledges

Not yet on display, the museum also has Bryant’s 2008 NBA finals uniform. Thomas and staff say they will be planning something special in the coming days to honor the NBA giant.

Both Ewing and Thomas expressed their condolences to all of the victims on board. California authorities say Bryant, his daughter Gianna and seven others died in the Sunday helicopter crash.