The lockdown at Bethesda-Chevy Chase High School on Wednesday morning ended with no gun being found inside the Montgomery County public school building, but several parents and students left the school frustrated with serious concerns over how MCPS is handling emergency communication. FOX 5's Stephanie Ramirez reports.

BETHESDA, Md - The lockdown at Bethesda-Chevy Chase High School on Wednesday morning ended with no gun being found inside the Montgomery County public school building.

However, several parents and students left the school frustrated with serious concerns over how MCPS is handling emergency communication.

One parent told FOX 5 on camera, that she feels MCPS needs to have a designated parent coordinator. 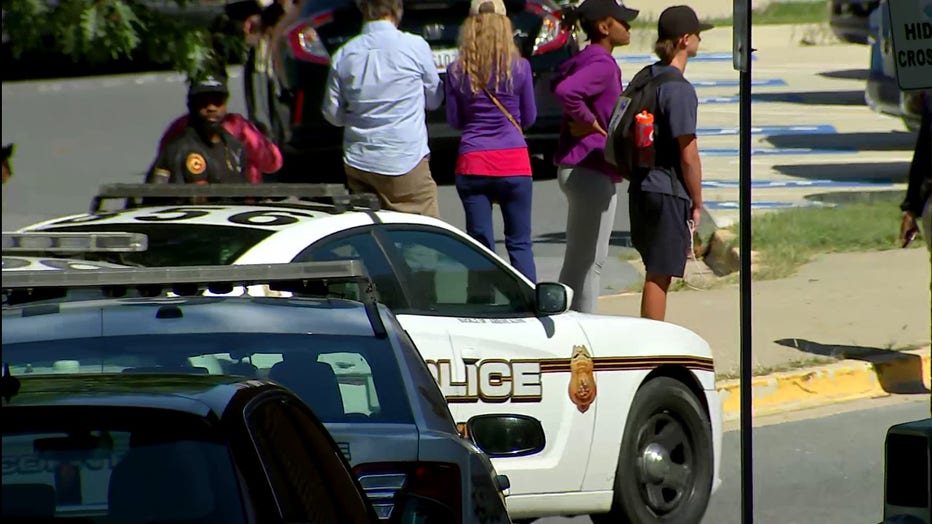 She said that she used her own school sources to garner information on the lockdown which she then shared with parents.

"I tried to put out information on our listserv of what parents can do to reassure their students. I also shared with them the county police's Twitter, which was posting information," Winik said. "The biggest challenge really is how do you communicate? How do you first communicate with students and staff who are in lockdown and do not know what’s going on? It’s very, very stressful for them. It’s a lot of time with an unknown."

"I think MCPS is going to have to work on a better communications system to help those who are inside the school," she continued. "Secondly, there needs to be a communication protocol to deal with families. You can see parents came here today trying to get their kids – everything else. We need a real-time communication protocol. We saw this at Magruder. We are seeing this again. We need to get into the 21st century."

Bethesda-Chevy Chase High School is on lockdown following a report from a student about a possible weapon in building.

FOX 5 has learned the school administration got a call around 9:55 a.m. The call came from a parent whose student claimed they saw a gun after some kind of verbal altercation broke out in a hallway.

MCPS informed FOX 5 about the lockdown some 20 minutes after. Montgomery County police sent a tweet confirming they were investigating the report of a gun on campus about 30 minutes later. However, Winik says communication directly from the school did not come for nearly an hour.

"I got a call – about an hour into the incident I think, so that was a challenge," Winik said. "It would have really helped to send something out. It’s very, very scary, obviously as a parent to start getting these messages."

Montgomery County Public Schools Spokesperson Chris Cram acknowledged the importance of communication in these emergencies and also noted there are many tasks the school administration has to coordinate in a lockdown.

"At that moment, when you first initiate the lockdown you don’t know enough to say what’s going on," Cram explained. "So eventually, within 45-to-50 minutes, the school did get a message out to families saying we’re in lockdown for this reason. A short time, before 11 a.m., they initiated another communication where they said that police are here. 'They’ve determined that there’s no credible threat. Students are being transitioned to lunch after a transition in place and we’re having a normal dismissal' – perfectly reasonable within that timeframe. What’s important now is that we tell families everything that we know and they’re going to hear that in a letter today."

"My daughter said that she had heard several kids just panicking. Some teachers were crying or upset and so it was a scary situation for sure," said Sandra Ferris, a parent who also told FOX 5 she is giving the school administration some grace.

"I worked at Montgomery County Public Schools and I understand in these type of situations their main priority is taking care of students," Ferris said. "But I do wish the communication was better. I was actually – I speak Spanish – I was translating for some parents that don’t understand the messages and they just happened to show up at the school because they got an email from [MCPS]."

Off camera, several parents reflecting on the Wednesday situation and gun violence in the county, also told FOX 5 they had no idea MCPS recently announced plans to hold gun education assemblies at the county’s high schools this Fall.

The States Attorney’s Office plans to lead presentations on what the gun laws are, how to best report emergencies and how to recognize concerning behavior.

Cram said that the student who told their parent about the incident at BCC is the perfect example of "see something, say something."