The mother of the boy shot and killed in DC speaks to FOX 5 in an exclusive interview.

WASHINGTON (FOX 5 DC) - A D.C. mother has a message for the men who murdered her 11-year-old son in front of her on July 4th.

Davon McNeal was shot and killed Saturday at a community cookout his mother organized in Southeast.

Police are still searching for the men involved.

Crystal McNeal is a violence interrupter for the city devoted to stopping violent crime.

McNeal said her son got caught in the middle of a neighborhood dispute. She said he had just arrived at the cookout around 9:20 p.m. in the 1400 block of Cedar St. SE. She said Davon had just stopped by to pick up a cell phone charger.

She described running to him and holding him in her arms.

“When I was on the ground picking up my son, my daughter and my son was right there,” McNeal said. “I’ve never seen my kids cry that hard. I shouldn’t have to bury my son at the age of 11.”

Davon had just finished sixth grade at Kramer Middle School. The principal said Sunday that counselors would be available to students.

McNeal said her son wanted to go to college and eventually play in the NFL. He promised to buy her house. 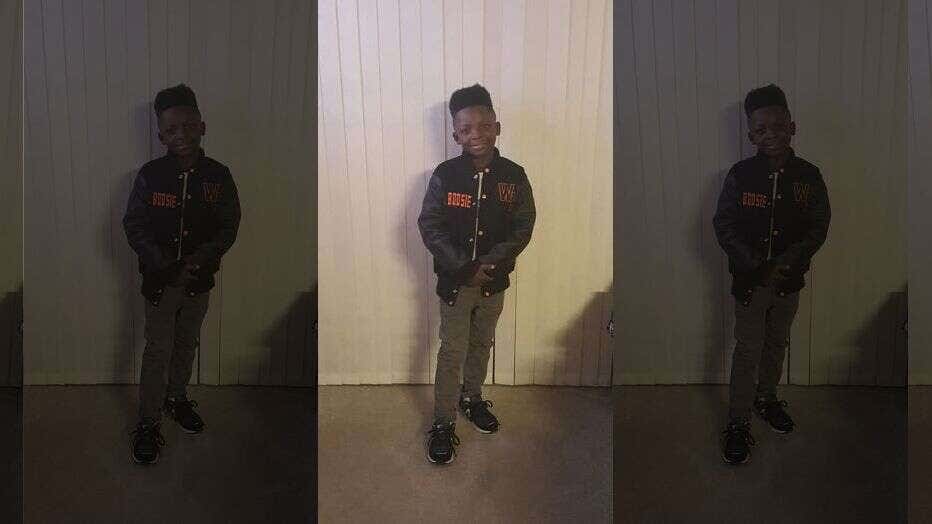 "He loved to play football. My baby made 28 touchdowns last year," said McNeal. “He was a kindhearted young man, loved his siblings."

Police released few details about the suspects, saying that there were five men in a black sedan. Investigators spent hours combing the scene Saturday into Sunday. Some of Davon’s family members were there also, including both of his grandfathers.

"He was a good kid, he’s 11 years old!" said maternal grandfather Tony Lawson. “He hasn’t lived his life, yet he’s 11-years-old. We got to stop killing each other. Stop it, put the guns down.”

"We’re protesting for months, for weeks, saying, 'Black Lives Matter, Black Lives Matter,’” said paternal grandfather John Ayala. "Black lives matter it seems like only when a police officer shoots a black person. What about all the black-on-black crime that’s happening in the community?"

McNeal said she hoped to see more police in the community to prevent another family from experiencing this heartbreak.