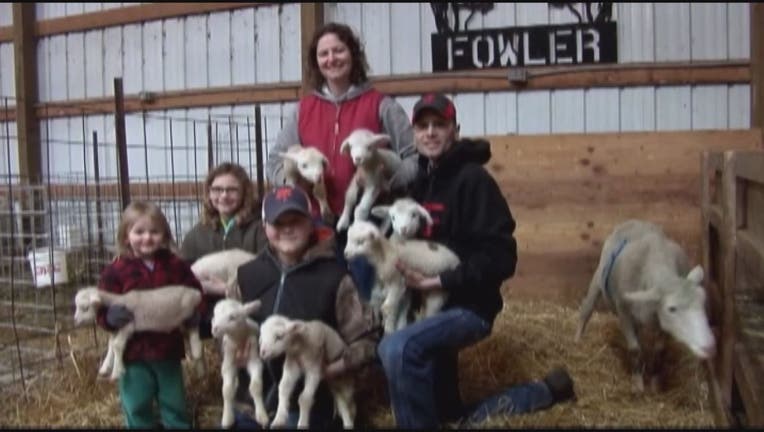 A very special delivery from a sheep in Minnesota as she gives birth to not one, not two, but eight baby lambs.

The six-year-old mother, from the JTF Ranch in Truman, gave birth to six females and two males.

The owners expected her to deliver three lambs at most. However, they ended up with what could be the largest litter in North America.

"It's pretty exciting. I never dreamt that we, or you could have that many lambs. So to say that she's a prolific ewe would probably be an understatement," said farm owner Travis Fowler.

The owners say the six females will have a permanent home on the farm, but that the two males will be sold.