Four people are arrested and charged in what Prince William County Police said was an unprovoked attack on a man leaving a restaurant back in February.

DALE CITY, Va. (FOX 5 DC) - Four people have been arrested and charged in what Prince William County Police say was an unprovoked attack on a man leaving a restaurant back in February.

Police said the suspects targeted the 31-year-old man as he exited the Sabor Latino bar and restaurant in Ashdale Plaza in Dale City on Feb. 15, around midnight. As a result of the assault, the victim lost consciousness and sustained significant head injuries and lacerations.

Police said the suspects were determined to be members of the criminal street gang Mara Salvatrucha, commonly known as MS-13.

The attack appeared random in nature as the victim reportedly had no known connection to any criminal street gangs.

As a result of the investigation, multiple search warrants were obtained and executed. During the searches, firearms, narcotics, ammunition, gang paraphernalia, and money were recovered. 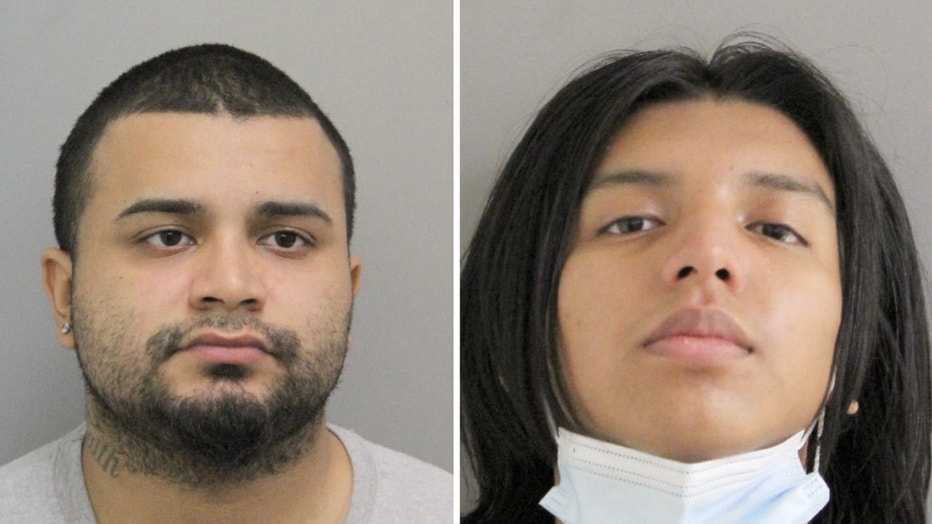 • Christopher Calix-Rivas, 22, of Macwood Drive in Woodbridge, who was charged with one count of aggravated malicious wounding, two counts of gang participation, one count of distribution of a controlled substance and one count of possession of firearms while in possession of certain substances, the release said.

• Alexander Castro De La Luz, 18, of Alamo Street in Springfield, was charged with malicious wounding by mob and gang participation.

• Moises Alfaro Olivar, 37, of Belinger Court in Springfield, was charged with malicious wounding by mob and gang participation.

• Gustavo Romero-Serpas, 24, of Castle Hill Drive in Woodbridge, was charged with malicious wounding by mob and gang participation.

All four men are being held without bond at the Prince William-Manassas Regional Adult Detention Center, according to the release.

This is the second time that a random attack involving MS-13 gang members has occurred. Some members of the street gang randomly killed a Woodbridge man back in 2018 before putting his body in a trunk and setting the car on fire.

FOX 5’s Ayesha Khan asked First Sergeant Jonathan Perok about MS-13 gang activity within Northern Virginia and if the department is either noticing an increase or a decrease in gang-on-gang violence or gang-related random attacks.

"I would say it has gone down overall but the nature of the cases has become more intense," Perok said. "It seems lately that the victims have been somewhat random and that is concerning to us and that’s makes us want to work harder and taking down these organizations. They do it for status they do it for reputation they do it for that within the gang because that to them, is the priority in their minds and they don’t care about the person that they’re affecting, they care about how they will appear afterwards."

Perok said there is surveillance video from the attack on the night of Feb. 15 but the content is too graphic and violent for the public to see.