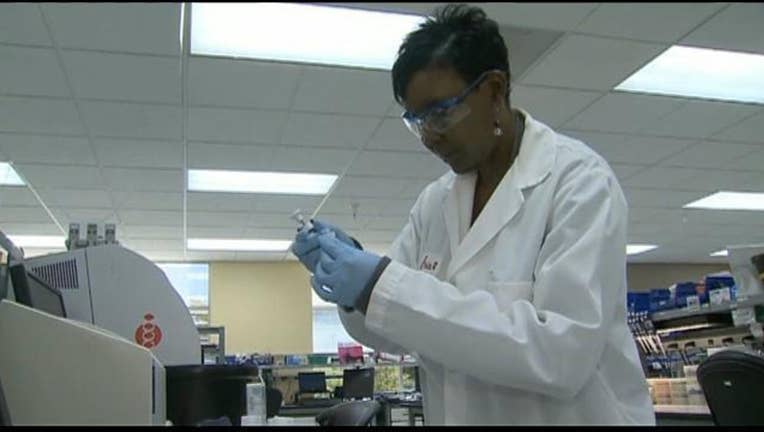 Scientists have discovered a new type of technology that senses compounds in exhaled breath that can be used as a screening tool to detect stomach cancer.

The study, published Monday in the BMJ journal Gut, suggests that the technology, called nanoarray analysis, is not only a test to diagnose stomach cancer, but also to monitor those who are at a high risk of developing the disease.

According to the American Cancer Society, the five-year survival rate of all people with stomach cancer is about 28 percent. This statistic reflects the fact that most people with stomach cancer are diagnosed after the cancer has already spread to other parts of the body. If it is found before it has spread outside the stomach, the five-year survival rate is significantly higher at 64 percent. Currently, there is no effective, non-invasive screening test for early detection of gastric cancer.

Researchers at Russell Berrie Nanotechnology Institute in Israel collected breath samples from nearly 500 people, including 99 who had been diagnosed with stomach cancer, but had not yet received any treatment. Samples subjected to nanoarray analysis combined with pattern recognition identified varying levels of different compounds in the ‘breath prints.' These levels accurately distinguished between the different pre-cancerous stages, determining patients at low and high risk of developing gastric cancer. Results were consistent regardless of other influential factors like age, alcohol intake and use of stomach acid suppressant drugs.