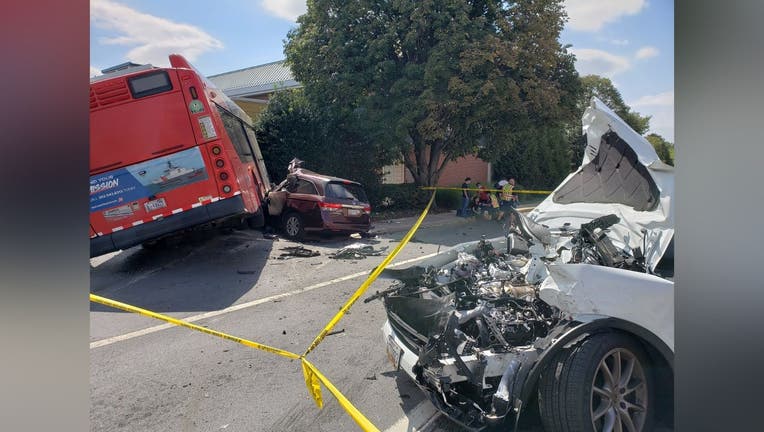 ROCKVILLE, Md. - Montgomery County officials say "five or six" people – including a child – were injured in a rollover crash involving a bus on Rockville Pike on Sunday.

After they were evaluated at the scene, four people were transported to local hospitals.

Crews were at the scene at Congressional Lane shortly after the crash occurred around 12:20 p.m.

Investigators believe the Metro bus driver was traveling south on Rockville Pike when he lost control and swerved onto Congressional Lane.

Multiple vehicles were involved in the crash, along with the bus.

One lane on Rockville Pike was closed while a Collision Reconstruction Team investigated. 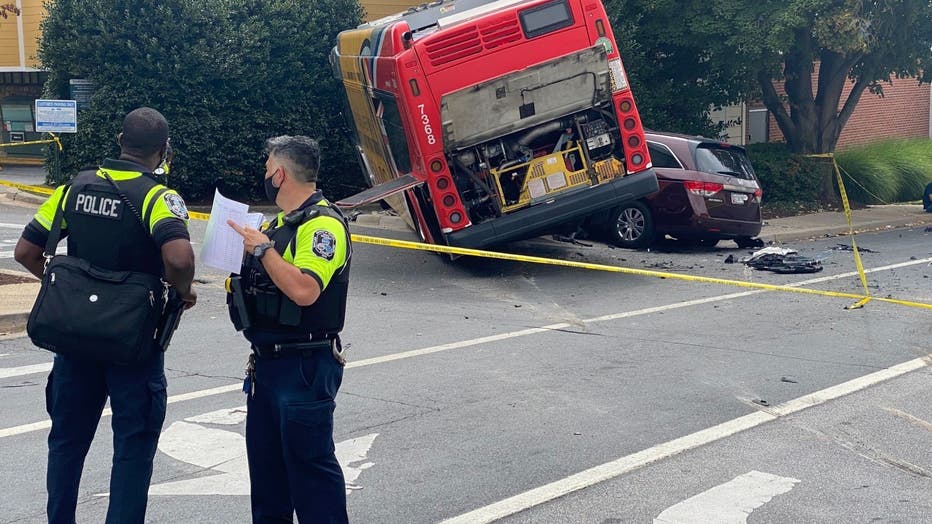 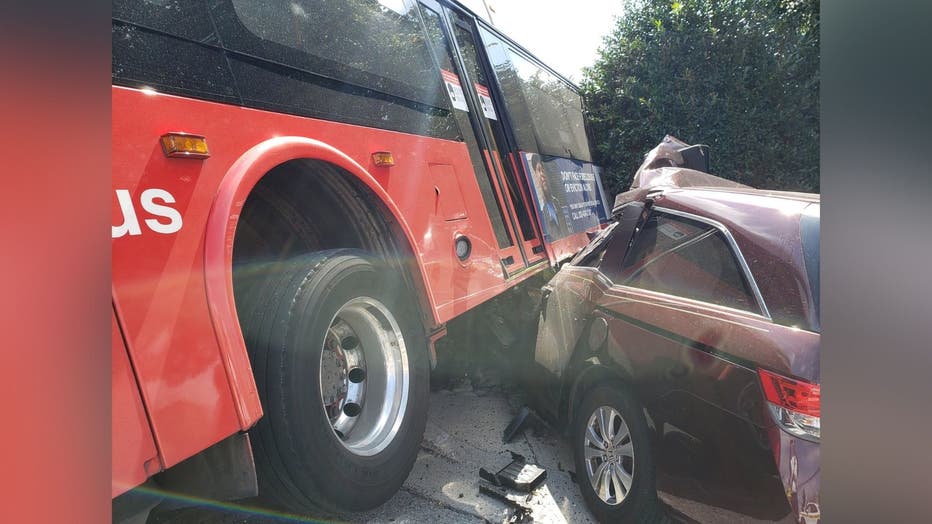