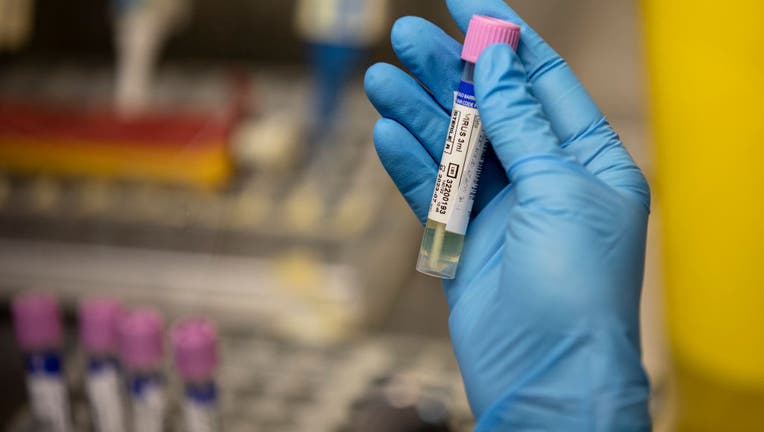 Less than six months ago, mpox was an exploding health crisis. What had been an obscure disease from Africa was ripping through European and U.S. gay communities. Precious doses of an unproven vaccine were in short supply. International officials declared health emergencies.

Today, reports of new cases are down to a trickle in the U.S. Health officials are shutting down emergency mobilizations. The threat seems to have virtually disappeared from the public consciousness.

"We're in a remarkably different place," said Dr. William Schaffner, a Vanderbilt University infectious diseases expert. "It's really impressive how that peak has come down to very, very low levels."

So who deserves the credit? It's an unsettled question, but experts cite a combination of factors.

Some commend public health officials. Others say more of the credit should go to members of the gay and bisexual community who took their own steps to reduce disease spread when the threat became clear. Some wonder if characteristics of the virus itself played a role.

"It's a mixed story" in which some things could have gone better but others went well, said Dr. Tom Frieden, a former director of the U.S. Centers for Disease Control and Prevention.

Mpox, formerly known as monkeypox, is a rare disease caused by infection with a virus that's in the same family as the one that causes smallpox. It is endemic in parts of Africa, where people have been infected through bites from rodents or small animals, but it was not known to spread easily among people.

Mpox cases began emerging in Europe and the U.S. in May, mostly among men who have sex with men. Cases escalated rapidly in dozens of countries in June and July, around the time of gay pride events. The infections were rarely fatal, but many people suffered painful skin lesions for weeks.

Soon after, the outbreak began diminishing. The daily average of newly reported U.S. cases went from nearly 500 in August to about 100 in October. Now, there are fewer than five new U.S. cases per day. (Europe has seen a similar drop.)

Experts said a combination of factors likely turned the tide.

RELATED: The '10-second toothbrush' makes its debut in the US

Health officials caught an early break: An existing two-dose vaccine named Jynneos, developed to fight smallpox, was also approved for use against the monkeypox.

Initially, only a few thousand doses were available in the U.S., and most countries had none at all. Shipping and regulatory delays left local health departments unable to meet demand for shots.

In early August, U.S. health officials decided to stretch the limited supply by giving people just one-fifth the usual dose. The plan called for administering the vaccine with an injection just under the skin, rather than into deeper tissue.

Some in the public health community worried that it was a big decision based on a small amount of research — a single 2015 study. But the Centers for Disease Control and Prevention since then has confirmed there was no difference in vaccine performance between the two methods.

"They got criticized for the revised dosing strategy, but it was the right call," said Frieden, who is currently president of Resolve to Save Lives, a non-profit organization focused on preventing epidemics.

Cases, however, had already begun falling by the time the government made the switch.

The current CDC director, Dr. Rochelle Walensky, cited efforts to educate doctors on how to better diagnose and treat mpox. Other experts said that even more important was outreach to the sexually active gay and bisexual men most at risk.

In the first months of the outbreak, the government was cautious about focusing warnings too intently on gay and bisexual men for fear of stigmatizing the men and — in so doing — undermining efforts to identify infections. (Indeed, in November the WHO changed the name of the disease from monkeypox to mpox in an effort to reduce stigma.)

"They were a little coy about the population principally affected," Schaffner said.

Many say queer activists and community organizations stepped up to fill the void, quickly offering frank education and assistance. In an online survey conducted in early August, many men who have sex with men reported having fewer sexual encounters and partners because of the outbreak.

"The success was really due to grassroots activities," said Amira Roess, a George Mason University professor of epidemiology and global health. Leaders in the gay community "took it upon themselves to step in when the government response was really lacking" in a way that recalled what happened during the plodding government response to the HIV/AIDS epidemic in the 1980s, she said.

Among those efforts was called RESPND-MI — Rapid Epidemiologic Study of Prevalence, Networks, and Demographics of Monkeypox Infection. The grant-funded organization put out transmission-prevention messaging, conducted a community-led survey of mpox symptoms, and mapped the social and sexual networks of queer and transgender people in New York City.

Nick Diamond, a leader of the effort, said government response improved only after gay activists pressured officials and did a lot of the outreach and education themselves.

"A lot of HIV activists knew that it would be up to us to start a response to monkeypox," he said.

But Diamond also noted another possible reason for the declines: Spread of mpox at LGBTQ celebrations in June — coupled with a lack of testing and vaccinations — likely contributed to the July surge. "A lot of people came out of Pride, after being in close contact, symptomatic," he said. They suffered blisters and scabs, bringing home the message to other at-risk men that the virus was a very real danger.

RELATED: USDA approves vaccine for honeybees, a first in the U.S.

There are also possible explanations that have more to do with biology than behavior.

The number of new infections may have been limited by increases in infection-acquired immunity in the men active in the social networks that fueled the outbreak, CDC scientists said in a recent report.

Past research has suggested there may be limits in how many times monkeypox virus will spread from person to person, noted Stephen Morse, a Columbia University virologist.

"The monkeypox virus essentially loses steam after a couple of rounds in humans," Morse said. "Everyone credits the interventions, but I don't know what the reason really is."

Maria Cheng in London contributed to this report.