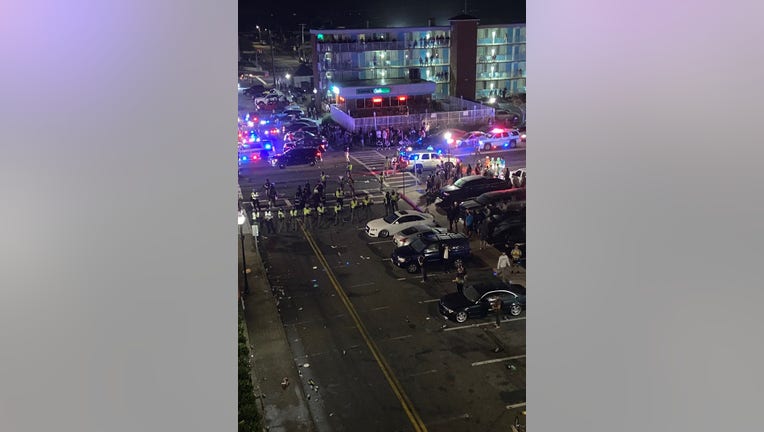 The scene in Ocean City during a pop-up "car rally."

OCEAN CITY, Md. - Ocean City Police say they arrested more than 100 people on various criminal and traffic offenses after hundreds of people flocked to the Eastern Shore for an impromptu car rally city leaders did not want.

“This is not a car show and the majority of these visitors are not car enthusiasts,” Ocean City’s Police Chief, Ross Buzzuro, said in a statement, blasting the participants as events became increasingly chaotic and violent at nightfall.

A little before midnight, the Ocean City Police Department (OCPD) says it called for “allied law enforcement assistance” to help in patrolling and making arrests.

To help prevent rally-goers, Meehan warned of a significantly increased police presence. He told FOX 5 fines were increased and speed limits were lowered. The mayor also said they planned to impound cars and arrest drivers if necessary.

This still did not stop hundreds from attending this year, even with the country still in a coronavirus pandemic. Images and videos showed large gatherings of young people – many without masks. Other serious videos show fireworks being launched in close proximity to crowds and officers being charged by event goers, after one officer tackles a suspect to make an arrest.

“We all come together. Nobody looks at color, nobody looks at anything,” a young man planning to attend told FOX 5’s Josh Rosenthal on Friday. Another young man named Ali Manley told FOX 5, “This is just something we have and they’re trying to take it away from us.

Ocean City Police issued their press release to social media outlining the arrests and unrest at 5 a.m. Sunday. “At the time of this release, OCPD officers were still on the scene of several incidents. Additional information will be released at a later time,” the press release reads.

Maryland State Police also say a trooper was knocked unconscious and suffered a laceration to the head during a confrontation with a suspect.